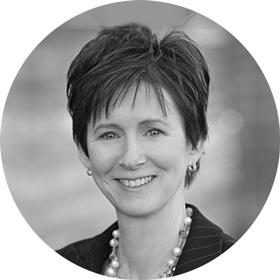 Brooke Denihan Barrett is the CEO of Denihan Hospitality, where she leads the operations of The James and Affinia brands and Denihan’s luxury independent boutique hotels The Surrey, The Benjamin and The Carlton. With a lifetime of hospitality management experience in her family’s 50+ year old hospitality business, Brooke has helped lead the transformation of Denihan into a nationally recognized leader in the boutique hotel management and investment industry. In 2013, Real Estate Forum named Barrett a ‘Legend’ among influential women in real estate. In 2011, she was named an ‘Outstanding Woman in Real Estate’ by National Real Estate Investor, and in 2011, 2012 and 2013 was among Real Estate Forum’s ‘Women of Influence’. Brooke was honored with the Stevie Award for ‘Woman Executive of the Year’ in 2012 and together with her brother Patrick Denihan, was named a New York finalist in the EY (Ernst & Young) Entrepreneur of the Year awards in 2016. A strong and noted advocate of women in business, she is a co-founder of the New York/New Jersey Chapter of the American Hotel and Lodging Association’s ‘Women in Lodging’, the New York Women’s Forum and the Committee of 200 (C200).