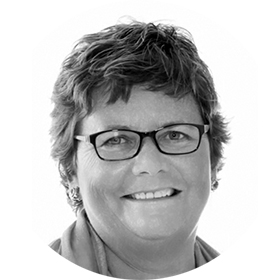 Pamela (PJ) Dearden is a retired banking executive. Most recently, she was Managing Director and the Chief Culture & Conduct Officer for JPMorgan Chase. In this global role, she worked with the businesses and control functions to develop and embed Culture & Conduct. Previously at JPMC, PJ was the Global Head for Financial Crimes Compliance which included Anti-Money Laundering (AML) and Sanctions Compliance. She held a similar global position at Citi and for Deutsche Bank in the United States. PJ has also held several senior positions in the Federal government. Until 2003, she was the Senior Anti-Money Laundering Coordinator for the Board of Governors of the Federal Reserve System in Washington, DC. At the U.S. Department of the Treasury, she was an Assistant Director and then Counselor to the Director at the Financial Crimes Enforcement Network (FinCEN). She has a BA in Economics from Bates College in Lewiston, Maine and a MS in Management from Lesley College in Cambridge, Massachusetts.