At Community Solutions, we’re helping communities around the world end homelessness. Our learning has come from a willingness to disrupt our own work over and over again. Over three decades, our team has innovated new housing models, challenged the design of social service systems, raised the bar on how data is used to tackle social problems, and helped to shift mindsets around what’s possible for the most vulnerable members of our communities.

Community Solutions’ journey to end homelessness in the U.S. 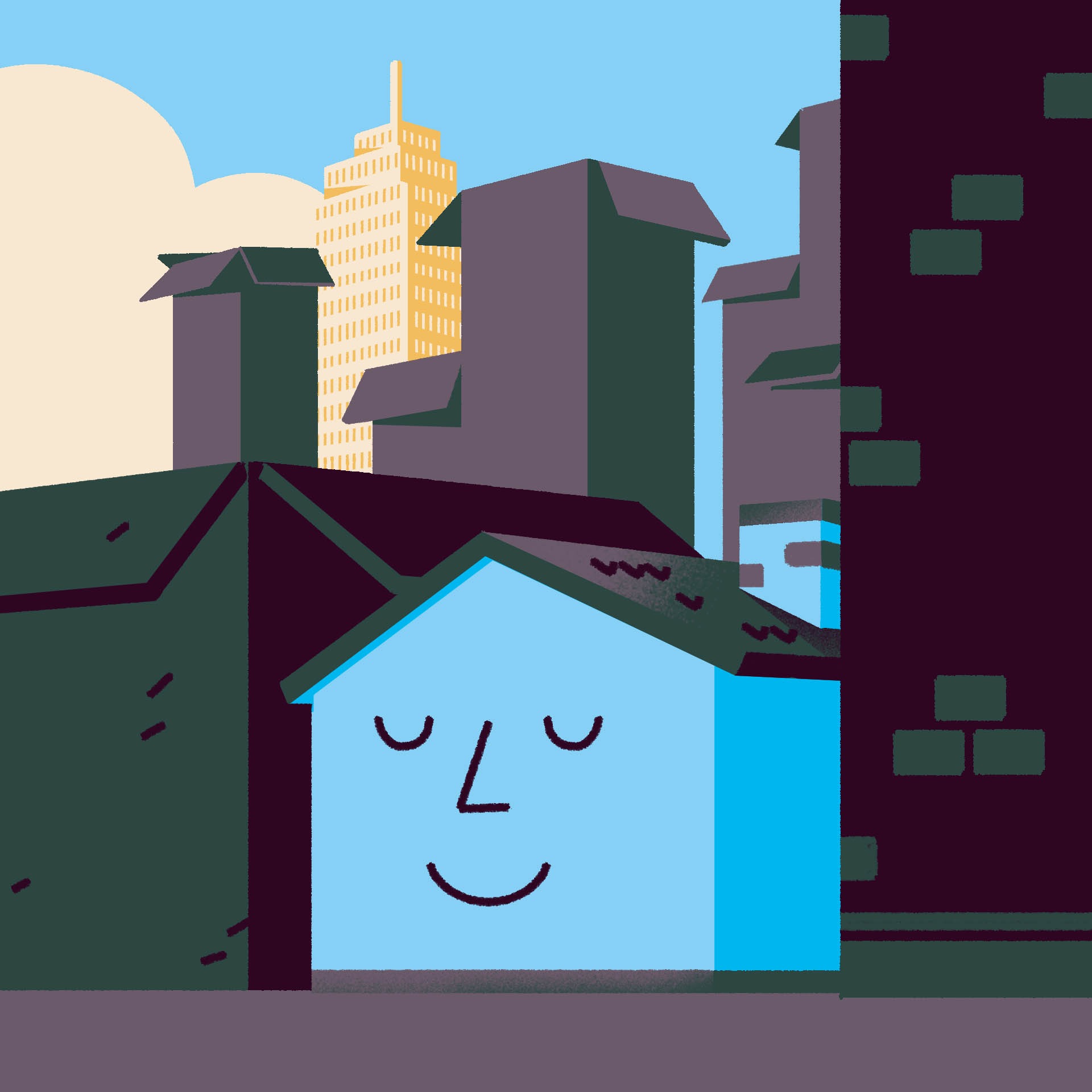 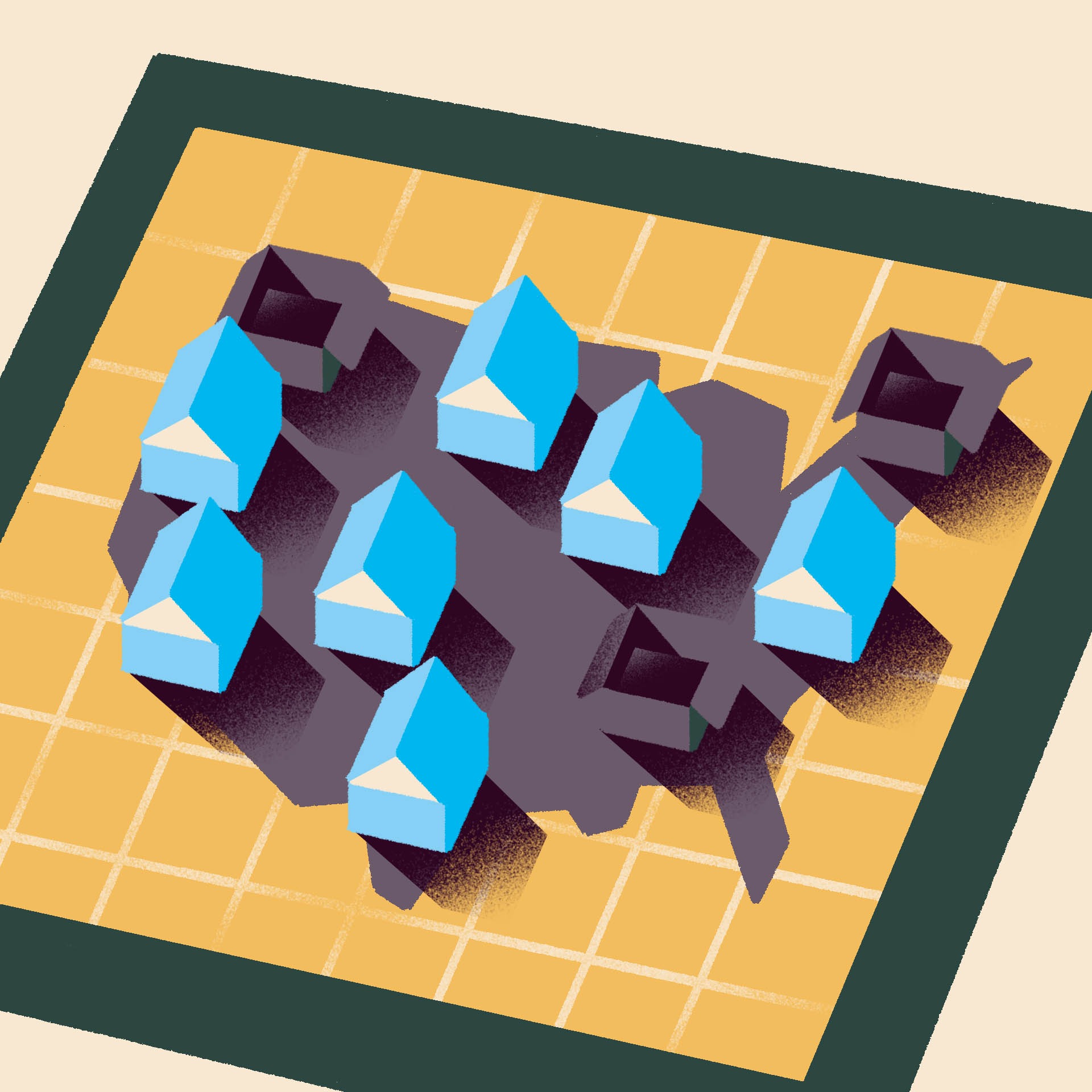 Community Solutions is founded in 2011 and leads the 100,000 Homes campaign, Participating communities house more than 105,000 Americans. But no community ended homelessness. 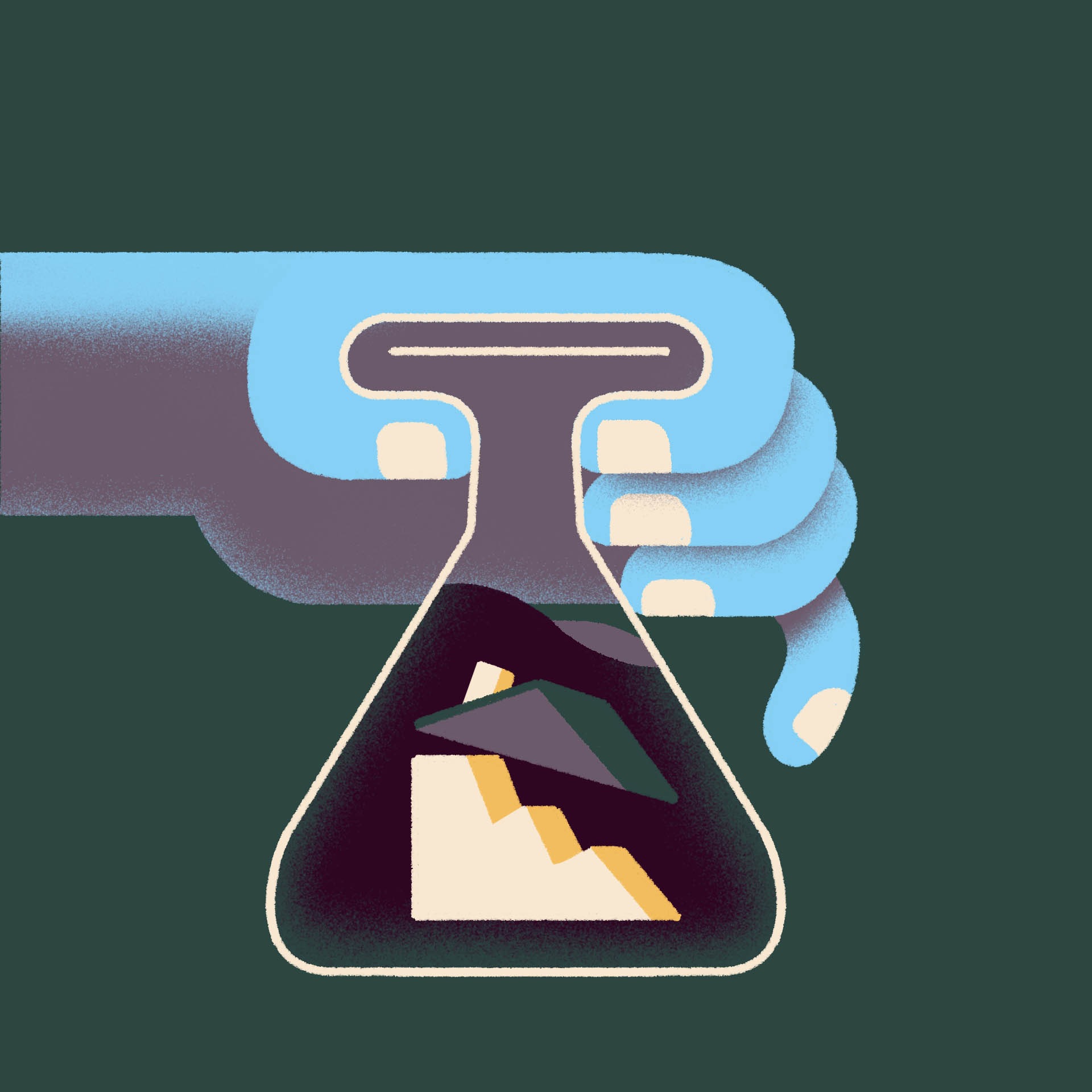 Prove communities can drive homelessness down to “functional zero.”

Built for Zero initiative launched to learn what it takes to not just house more people,
but drive overall homelessness down to “functional zero.” 13 communities end
veteran and/or chronic homelessness. 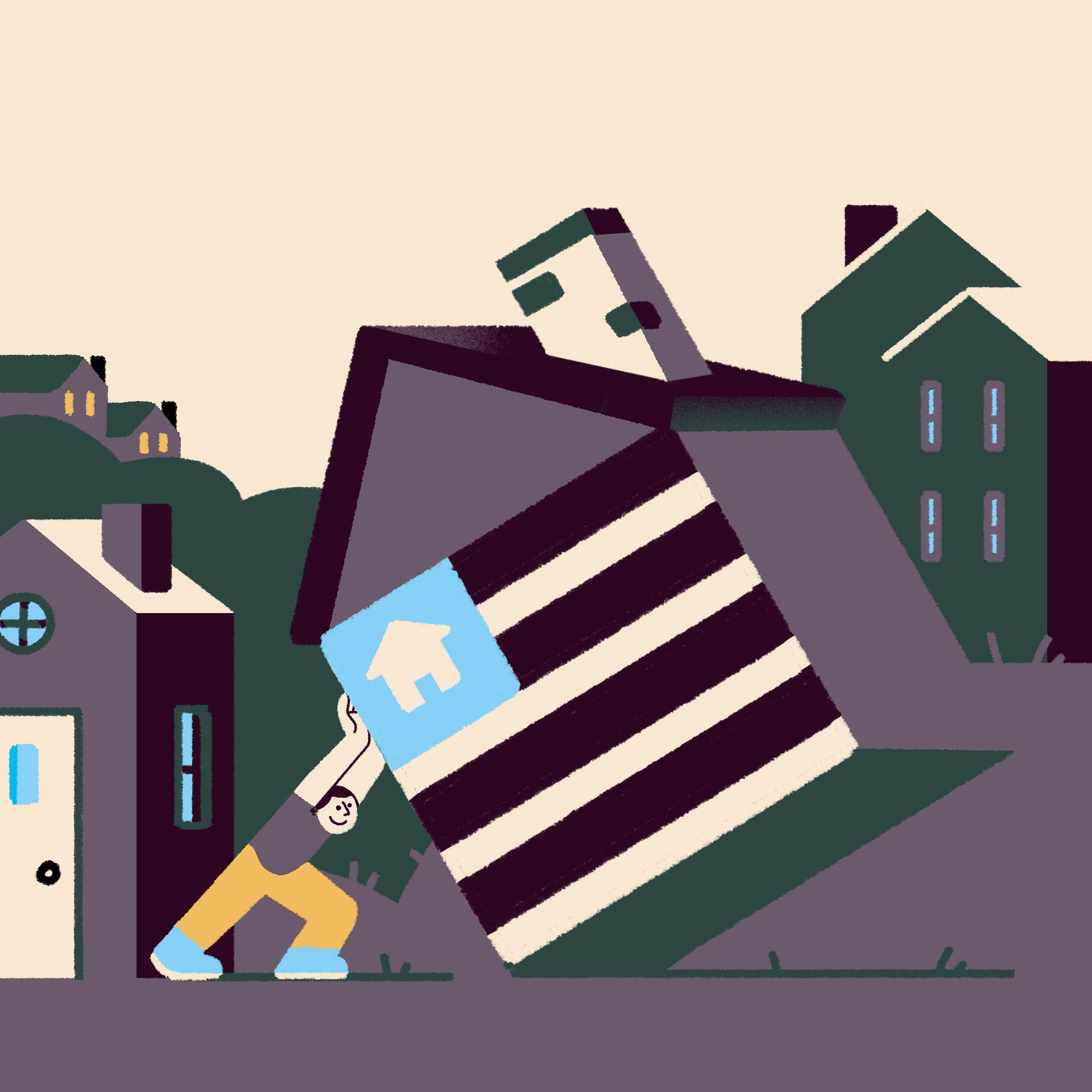 Create a tipping point for ending homelessness in the U.S.

Community Solutions awarded the MacArthur Foundation’s #100andChange grant to accelerate an end to homelessness in the U.S. Through Built for Zero, the organization will help 75 diverse communities reach functional zero and create conditions that help any community end it.

*Community Solutions is not affiliated with Common Ground, which now operates under the name “Breaking Ground.”

Learn more about the evolution of our work

Our journey began in the early 1990s, with homelessness on the rise in America. The promise of deinstitutionalization was to offer people living with mental illness an opportunity to return home from mental health institutions and rejoin their communities — all with the support of critical social services. The decision was rooted in a hopeful and progressive vision of inclusion, but as more and more institutions closed, the promised investments in community-based services never came. Before long, a combination of people coping with mental illness, rising addiction rates, health challenges, and economic dislocation crashed through local safety nets. As a result, they were attempting to survive on the streets of our country.

In 1990, our founder, Rosanne Haggerty, founded another organization, Common Ground Community to demonstrate a solution to homelessness at scale. She and the team she assembled converted New York City’s largest remaining single room occupancy hotel, The Times Square, into affordable housing designed to help tenants succeed. At The Times Square, those who had experienced homelessness could lease an apartment at an affordable rent and receive help from on-site health and mental health workers at no extra cost. The acclaimed and award-winning building led to broader support from new investors and helped to advance the adoption of this type of housing, known as “permanent supportive housing” throughout the U.S. and internationally. Over the next 20 years under Rosanne’s leadership, that organization created nearly 3,000 more homes in architecturally distinguished and creatively financed buildings. Together, the series of buildings assisted more than 4,500 homeless and lower-income individuals and enhanced their surrounding neighborhoods.

Yet despite the success of these buildings in ending the homelessness for its residents, Rosanne and her team couldn’t escape the fact that overall homelessness — including among those sleeping on the streets immediately surrounding the iconic Times Square Hotel — continued to rise.

In 2003, Rosanne and her team opted to pursue an additional strategy. Instead of simply building more housing alone, they would also seek to reduce street homelessness in a specific geographic area, the West Midtown neighborhood of Manhattan.

Homelessness in that area — like so many others — was an issue that was touched upon by many organizations. But these groups lacked a means to unify their efforts and make sure they added up to reduced homelessness. No mechanism was in place to measure progress and hold each other accountable to that goal.

The new initiative, called Street to Home, invited organizations to come together to reduce street homelessness in the 20-block Times Square area by two thirds within three years. This team approach led to an 87 percent decline in homelessness in the target area, and a 43 percent reduction in the 230 block surrounding West Midtown neighborhoods. This time-bound campaign was built upon shared goals, which included knowing each person experiencing homelessness in the area by name, prioritizing those with the most serious health conditions and those who had been homeless the longest, and constantly testing interventions to improve housing placement rates.

In its first year, the 100,000 Homes Campaign helped communities house more people than Rosanne and her team had been able to house in the previous 20 years.

It didn’t take long for cities around the country to begin asking the Street to Home team for help. In 2010, Rosanne’s team launched the national 100,000 Homes Campaign with the ambitious goal of helping U.S. communities find permanent homes for 100,000 of the most vulnerable people experiencing homelessness by July of 2014. In its first year, the effort mobilized teams in more than 20 communities to comb the streets of their neighborhoods overnight, interviewing and documenting the needs of every person experiencing homelessness. People who had once been anonymous to their neighbors became known by name, and their needs became hard to ignore. In its first year, the 100,000 Homes Campaign helped communities house more people than Rosanne and her team had been able to house in the previous 20 years.

With the evidence that this new approach could have such impact, Rosanne left Common Ground in 2011 and created a new organization — Community Solutions — to focus on the ultimate goal of helping communities end homelessness.* In 2014, the 100,000 Homes Campaign announced that it had exceeded its goal, with the 186 participating communities housing more than 105,000 Americans in under four years.

And yet, at the Campaign’s end, none of these participating communities had ended homelessness.

The evolution of our work led Community Solutions to understand that ending homelessness requires more than an adequate supply of affordable housing and support services, and more than speeding up the process of connecting those experiencing homelessness to homes.

No community can end homelessness of any kind without comprehensive, real-time, person-specific data on the problem. This has emerged as a gospel tenet of our work.

It required a new way of thinking and working built upon a community-wide commitment to bringing every person home. This required a rational housing system that provides accountability for measurable results and a coordinated group of leaders with the flexible problem-solving skills common to all great social change efforts.

In 2015, Community Solutions launched Built for Zero, a movement that has finally proven that, when these conditions are met, communities can measurably end homelessness for good.

See what we’re learning in our Impact and Learning Report.

*Community Solutions is not affiliated with Common Ground, which now operates under the name “Breaking Ground.”

See how you can make a difference!