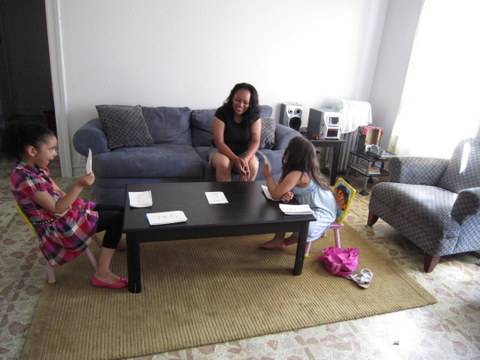 The McKinley family is one of many helped by the Home to Stay program.

The Melendez family now lives in a two bedroom apartment in Brooklyn, New York for which they pay an affordable $593 per month.  This would be incredible good fortune for any New Yorker, as rents regularly exceed $1,000 for a one bedroom apartment, even in the most affordable neighborhoods.  An affordable apartment is particularly important for the Melendez family, as they live on a fixed income, and have struggled with repeated bouts of homelessness for more years than they care to remember. It is also good news for New York City taxpayers, because while they were homeless, the City paid $3,000 per month to house the Melendez family in a shelter.

This win-win outcome for the Melendez family and the City came about through a unique program, Home to Stay, a collaboration between the Robin Hood Foundation, New York City’s Department of Homeless Services, and four best-in-class organizations:  Community Solutions, Center for Urban Community Services, Jericho Project and Women In Need.  Home to Stay was initially created by Community Solutions as a pilot project called Shelter to Home in 2007 through the generosity of the Marsico Family Foundation. The program helped the Melendez family move out of a homeless shelter into affordable housing, and connected them to community resources like financial literacy classes and benefits advocacy, as well as youth development programs for their teenage children. These connections have helped them become part of the community and keep them from falling back into homelessness. Home to Stay has now helped over 100 families who had been homeless multiple times to establish stable roots, and is a replicable model for communities looking to end homelessness for their most vulnerable families.

The Home to Stay pilot focuses on “episodically” homeless families.  Though their shelter stays are typically brief, this group of families repeatedly lose their housing and returned to shelter. Research has shown that for the overwhelming number of families who become homeless, all they need is an affordable rent.  The vast majority of families who experience homelessness never do so again once they can find affordable housing.  But for a small group of families with multiple challenges, a team led by Dennis Culhane, one of the leading researchers in the field, found that for some families, homelessness becomes a regular pattern[1].  These episodically homeless families made up 5% of the family shelter population in New York City, but had much higher rates of foster care involvement and rates of disability than other homeless families.  Culhane’s research indicated that the episodic group, because of their combination of special needs and repeat homelessness, needed more intensive assistance to break the cycle of homelessness.

Our project started with fifteen episodically homeless families. Each was paired with a social worker who helped them move out of shelters and into an apartment they could afford, and provided help with furnishing the home, registering children in school, and maintaining a household on a tight budget.  The social worker made sure that the family was connected to a pediatrician and other primary care services, and helped parents prepare resumes and look for jobs, find childcare, and open back accounts. The pilot was a resounding success. All fifteen families remain in their own homes. Families have been reunited with children who had been placed in foster care, or have strengthened their resources and parenting skills so that “open” child welfare investigations have now been closed. Families’ financial stability has increased through financial coaching, going back to work and securing Food Stamps and other benefits.

When the Robin Hood Foundation, one of New York City’s most generous and creative supporters of programs fighting poverty looked for evidence of programs that were effective and cost efficient in reducing family homelessness, they adopted the Shelter to Home model. In 2010, their funding enabled the program, now called Home to Stay to serve 120 episodically homeless families. Community Solutions and three other organizations each work with 30 episodically homeless families a year. The program aims to reduce time in shelter, stabilize families’ housing (reduce the number of moves), reduce recidivism to shelter, increase families’ incomes, and transition families to living in the community with the resources to maintain their housing independently.

Home to Stay uses Family Critical Time Intervention, a technique developed to assist single adults with disabilities in transitioning from homelessness that we adapted to our work with homeless families. Family Critical Time Intervention (FCTI) is a phased intervention over the crucial first nine months after families secure housing, and is designed to prevent recidivism.[2] The FCTI model encompasses three phases that can last up to nine months. The first phase concentrates on housing placement and relationship building ; the second phase connects families to community resources in their new neighborhood; and the final phase transitions families to independent housing stability and healthy community interdependence.

When we met the Melendez family in shelter, Ms. Melendez was extremely anxious about locating housing and was involved in a shady deal for an apartment that the family could not afford. Members of the family were stressed, and became combative with other shelter residents and staff.  During the intensive relationship building phase of the intervention, the family’s Home to Stay Advocate was able to get to the root of their anxiety: their son was about to be released from prison and the family needed housing in order to comply with his parole. Our contacts with local landlords resulted in the family securing an affordable apartment, and their Advocate helped them to create a realistic budget to maintain their home for the long term.

FCTI works when it is used appropriately, with key supports in place: Family workers handle a small caseload of approximately 15 families in different phases of transition from homelessness. Clinical support for program staff and participants is critical. Staff are trained in motivational interviewing and resilience and strengths-based family development.  Caseworkers and families focus on narrow goals, specifically targeting housing stability and the issues that led to homelessness – and make the most of resources that already exist in the family and community.  Finally, the model was designed specifically for very vulnerable families, not the majority of families who have one episode of homelessness then go on to maintain housing stability on their own.

In the final FCTI phase of solidifying connections to community resources, the Melendez family was connected with a program aimed at preventing recidivism for their son (who was recently released from prison) and with legal services when they had challenges getting essential repairs made to their apartment.

While it is too early to draw definitive conclusions on the effectiveness of the Home to Stay pilot, the initiative is being evaluated and early results are promising: from April 2010 to November 2011, episodically homeless families participating in the program had 39% less recidivism than those who did not receive services. And indications are that the Family Critical Time Intervention approach is effective in ending the cycle of homelessness for the most vulnerable families.

The experience of Home to Stay participants like the Melendez family shows that episodically and chronically homeless families can thrive and exit homelessness permanently if targeted for additional assistance and provided with comprehensive, time-limited help in building their own strengths.  It is also highly cost effective.  For $3,000 – the cost of just one month of shelter – the program provides the help families need to move out of the shelter system, find a home, get settled into their new community and connected to local resources, so that they overcome homelessness for good.

[2] Originally designed to prevent homelessness and other negative outcomes for mentally ill individuals after discharge from hospitals, shelters, prisons, and other institutions, the model was adapted and tested for families by Dr. Judith Samuels and Dr. Alan Felix, who were both involved in the original research at the Fort Washington Men’s Shelter in New York City. 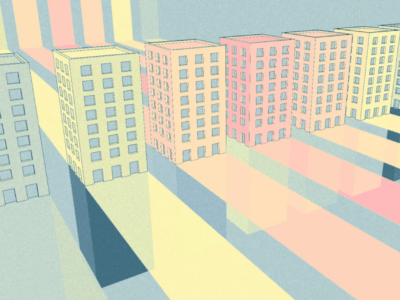 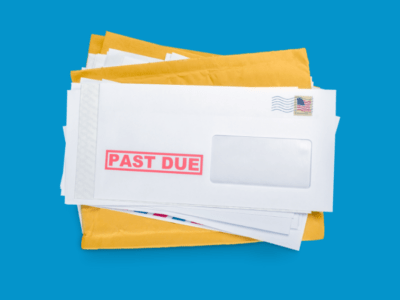 Rent is Coming Due