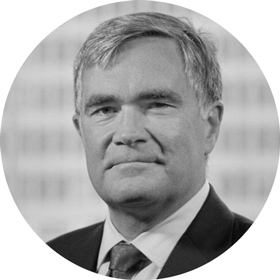 Eric Fornell is a vice chairman of Investment Banking & Capital Markets at Wells Fargo Securities, focused on the energy and power sector. Eric joined Wells Fargo in 2012. Before joining the firm, Eric was a vice chairman at J.P. Morgan, where he managed the power practice beginning in 1999 and ran the global natural resources franchise for several years. Eric also spent nine years at Goldman Sachs as an energy and generalist banker and nine years in the energy industry with American Natural Resources and CMS Energy. Eric has served as a member of the Secretary of Energy’s National Petroleum Council, and he spent a year as deputy director of the Port of Detroit. Eric is a graduate of Amherst College and Oxford University, where he was a Rhodes Scholar.