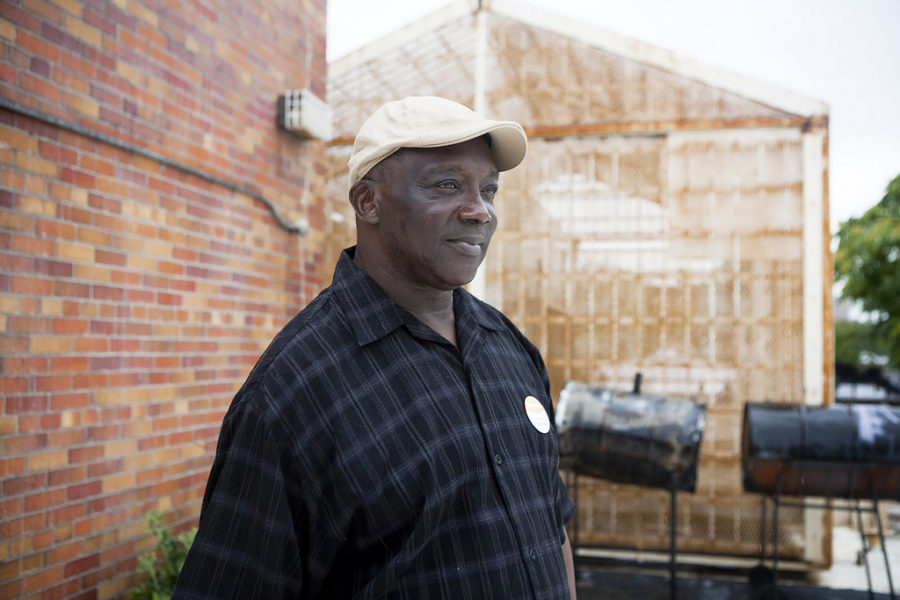 Homelessness disproportionately emerges from the poorest neighborhoods in our nation, and that reality begs a question that goes to the heart of ending homelessness: why not go to the places where there is greatest instability and keep vulnerable people from becoming homeless in the first place? That question may seem simple, but— based on over 20 years’ work with the homeless— it’s crucial to the goal of ending, rather than just addressing, homelessness.

From surveys of homeless individuals living on the streets and in shelters and the findings of researchers, we have learned not only about the institutional histories of homeless individuals (and often-difficult transitions from the military, foster care, psychiatric institutions, prisons and jails) but also about the neighborhoods where they lived prior to becoming homeless. One of the harsh realities is that homeless individuals and families tend to come from communities of concentrated poverty. These neighborhoods typically have the highest rates of unemployment, poor health, crime, family violence, low educational achievement and overcrowding— the very conditions that make people vulnerable to losing their homes and community supports. It’s as true in New York as in Kansas and Florida.

We can also pinpoint these locations. In New York City, for instance, the Department of Homeless Services discovered that overwhelmingly the families in its shelter system come from just 10 neighborhoods. And within these communities, the homeless tend to come from a smaller subset of families: those with the weakest support networks.

Taken together, these realities point us toward sensible investments in preventing homelessness. We can make targeted interventions in these neighborhoods with the help of those who know best the communities and their struggling families: neighbors, social services providers, landlords, the police, and spiritual leaders. Families who are struggling the most and are nearest to the edge are more visible to those nearest them than to programs and institutions that are not involved in their daily lives.

Our experience demonstrates that it is actually a small fraction of families in extreme need who require an intensive and specialized level of help. In contrast, most families, even those with very low incomes, are extraordinarily resourceful and resilient and would benefit primarily from higher-quality basic services — schools, employment services, and grocery stores — and an improved physical environment with enhanced housing conditions and safe and attractive cultural, recreational and public spaces.

A compelling example of a family in extreme need is that of Rose B., who was facing eviction and came to Community Solutions — the not-for-profit organization that I lead. She was on bed rest for a high-risk pregnancy when her public housing manager referred her to us. Before relocating to Brownsville, Brooklyn, Rose had been in both homeless and domestic violence shelters and had been a gang member. Her oldest son was incarcerated, her youngest son struggled with behavioral challenges in school, and her youngest daughter was recently diagnosed with autism.

Rose’s challenges were enough to defeat anyone. Even to people who are not dealing with a crisis, government forms, eligibility criteria, and bureaucratic requirements can be utterly overwhelming. To people in crisis, they are a hurdle that simply cannot be managed successfully without help and coordination.

That’s precisely why we created the Brownsville Partnership. The Partnership is a collaboration of now more than a dozen leading not-for-profits and City agencies who have agreed to coordinate their services and investments in Brownsville. The collective goal is a safer, healthier and more prosperous Brownsville, where greater opportunity and stronger connections, between residents and effective local institutions, protect residents from homelessness. As a collaborative effort, our group sees that we can use existing resources more effectively by offering a more comprehensive approach to the complex challenges of these communities, and by focusing particular attention on residents like Rose with extreme needs.

In Rose’s case, the Brownsville Partnership’s core team arranged for financial counseling to be provided by our partner Credit Where Credit Is Due and legal representation by our partner Brooklyn Legal Services. Together, they prevented her family’s eviction. When a part-time job became available through our partner Long Island College Hospital’s Healthy Families community health advocacy program, Rose was recommended for the position where she now trains other advocates. She is also now a leader on the advisory board of the early childhood program where her youngest daughter is enrolled.

The power of the Brownsville Partnership is evident in numerous stories similar to Rose’s, and its impact is clear not just in those changed lives. The troubles of these highly challenged families, when left unaddressed, tend to spill over and affect the broader environment in which they live. Their problems can be destabilizing for everyone around them. These families often are well-known by different public agencies, but before the Partnership, no organization was responsible for seeing that assistance would be coordinated and that root problems would be addressed. That is why the role of the Partnership is so important and promising.

One of the lessons that we learned early in developing supportive housing for the homeless is that when you link, in a coordinated way, a variety of services – including health, mental health, and employment — directly to the places where vulnerable people live, the result is that vulnerable people remain housed and are far better able to maintain their health and participate in the workforce. In Brownsville, we are demonstrating that the same lesson can be applied to those in unstable situations who have not yet become homeless.

Since its launch three years ago, the Brownsville Partnership has assisted more than 500 families with housing crises and prevented more than 350 evictions. It has connected more than 350 residents to job training and employment through a variety of partners, such as the HOPE Program, Year Up, Non-traditional Employment for Women, N-Power, local businesses, and many more.

Among other partners, SCO Family of Services has established six early childhood programs and served more than 300 families in Brownsville. The Center for Court Innovation has opened a Youth Court that works to put first-time youth offenders on a positive track. GrowNYC has helped us open two weekly green markets staffed by neighborhood young people.

It also makes financial sense. Seeing that vulnerable families get the help they need is far more efficient, and less expensive than paying at the other end: in correctional, emergency room and shelter costs. One illustration: every family that enters New York City’s homeless shelter system costs the public about $36,000 per year. In contrast, it costs about $2,300 per family to prevent an eviction and put a family on a path to a better future.

We need to challenge the assumption that homelessness will inevitably exist. We can stabilize the families in greatest need and the communities most likely to produce homelessness. In doing so, we can aid those families, strengthen our most challenged communities, and make more effective use of taxpayer dollars — all at the same time. 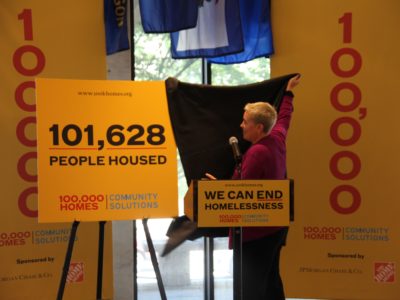 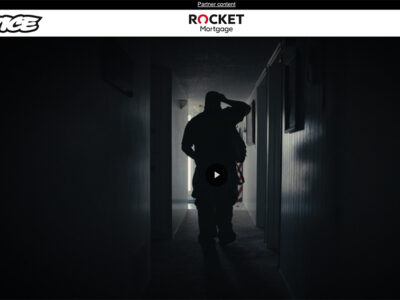 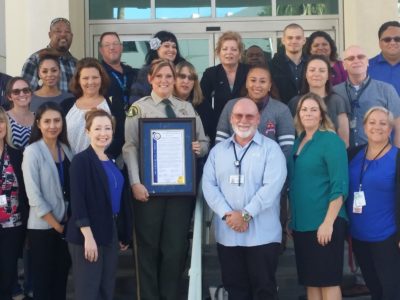