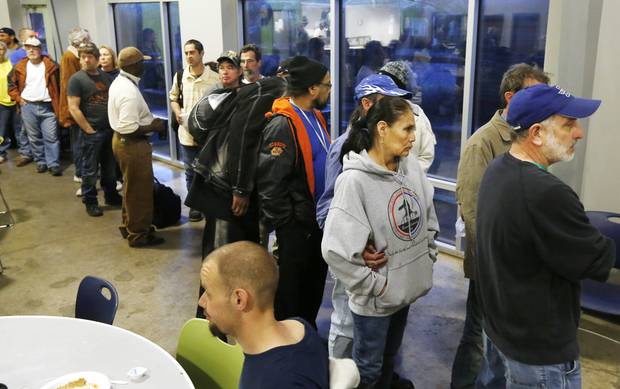 Even as federal officials back off a plan to end chronic homelessness nationwide by the end of next year, homeless advocates say they still think the goal is attainable in Oklahoma City.

Oklahoma City, Tulsa and Norman are among 71 cities nationwide included in a national initiative to find housing for homeless veterans and chronically homeless people over the next two years. Although federal deadlines have changed, homeless advocates in Oklahoma City plan to move forward with their original goals.

“We’ve put our plans in place,” said Dan Straughan, director of the nonprofit Homeless Alliance. “Oklahoma City is committed to the original deadlines.”

Officials from the U.S. Department of Housing and Urban Development said during a budget briefing this week the federal goal had been pushed back to 2017 because of budget constraints.

Officials said the department will continue to pursue the goal of ending homelessness among veterans by the end of this year.

Straughan said the federal change would have almost no practical impact in Oklahoma City. The federal initiative intentionally relied on groups at the state and local level to put the plan into action, he said, and that’s generally the most effective way to solve homelessness.

Both the Homeless Alliance and the national Zero: 2016 campaign receive HUD funding. But Straughan said the nonprofit group’s funding base is broad enough that any HUD money the group loses could be made up by gifts from private foundations, corporate donations or other sources.

Tens of thousands of people nationwide still fit the definition of chronically homeless, which means they’ve been without housing for more than a year or have experienced four bouts of homelessness in a three-year period.

On a single night in January 2014, there were 1,481 homeless people living in Oklahoma City, including 178 veterans and 249 chronically homeless people, according to the U.S. Department of Housing and Urban Development’s annual Point-in-Time Count.

Adam Gibbs, a spokesman for the national nonprofit Community Solutions, said when cities like Oklahoma City are able to house their entire homeless veteran and chronically homeless populations, it will serve as a proof point for other cities around the country that are seeking to do likewise.

The Conversation: Homelessness in Hawaii