Leaders in New York City’s public housing community are interested in transforming city-owned superblocks into mixed-use, mixed-income communities that engage with the pedestrian realm. There are of course many obstacles to this kind of ambitious project, but only one was identified specifically in a Municipal Art Society panel on the topic last Friday: the city’s own parking requirements.

Developing existing NYCHA land could bring a wide variety of benefits to both public housing residents and the surrounding communities, said John Rhea, the chairman of NYCHA, and his fellow panel members. On the one hand, he explained, the housing authority has a $6 billion backlog of necessary maintenanceexacerbated by declining federal funding. On the other, New York City’s relative success with public housing stems from its commitment to serving both low- and middle-income households. Infill development, said Rhea, means “we can do a lot more to ensure that the income diversity is stronger.”

Infill development also would allow the city to undo some of the design drawbacks of the tower-in-a-park style housing project, common in many parts of the city. A plan put forward by Rosanne Haggerty, the president of the homelessness prevention organization Community Solutions, for four adjacent housing projects in Brownsville would build between 700 and 1,000 units without displacing a single resident, she said. Her organization’s design would break up the existing superblock by restoring the original streets back through the housing project and put new buildings facing the sidewalk, recreating the traditional pedestrian environment. “Those blocks can reknit into the surrounding street grid,” said Haggerty. Surface parking lots would be replaced with new housing, retail, schools and green space under Haggerty’s plan. 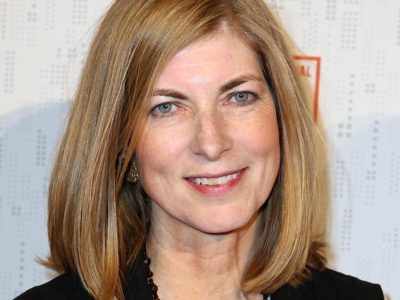