From Forbes and World Economic Forum
Non-profits and civil liberties groups reported a surge of donations last month. Why? Because these organizations could be under threat during the new U.S. administration, Forbes reported. But if you want to make a philanthropic donation to an organization serving vulnerable Americans – either in your name or in the name of a loved one as a holiday gift – you could also consider social enterprises.
Social entrepreneurs create new ways to solve old social problems. They experiment with business models, innovate new distribution and replication methods, and hold themselves accountable for results. Since creating the greatest impact for the most number of people requires leveraging market forces and business practices wherever possible, social entrepreneurs have broken free of the false dichotomy between “it’s a business” or “it’s a charity” to keep their social mission front and center, even as they focus on results just as any commercial enterprise would.
Below are some social enterprises that have received multiple national and international awards and recognitions for their work. From these organizations, two strong themes emerge. Firstly, they have created partnerships with the private sector. First Book works with more than 90 publishing companies that offer steep discounts to classrooms serving children in need. Encore.org works with large companies like Intel to place their retiring workers into Encore Fellowships. And the country’s four biggest wireless carriers all feel Crisis Text Line is such an important service that they’ve waved their text messaging charges to its hotline.
Secondly, many of these social enterprises help Americans strengthen their “empathy muscle”—something the whole of society feels in dire need of at the moment. They do this by building bridges across segments of society that otherwise would probably not come into contact, like college students helping low-income families, and retirees volunteering with youth groups
1. Community Solutions, based in New York, launched a national movement, the 100,000 Homes Campaign, four years ago in partnership with city and state officials in dozens of cities, housing more than 105,580 homeless Americans during that period. Building on that success, their new campaign, Built for Zero, will coordinate a national movement with U.S. mayors and city officials to end chronic and veteran homelessness for good. The first step in Community Solution’s methodology is a census. Volunteers strike up a conversation with every homeless person they can track down, noting down their name and medical history. It’s a critical step, because it gives homelessness a face. Everyone affected has a name, and a story, and hopes and dreams, just like all of us.
imported
Share 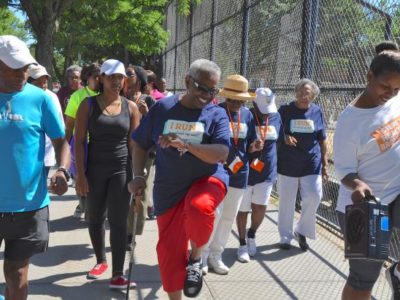