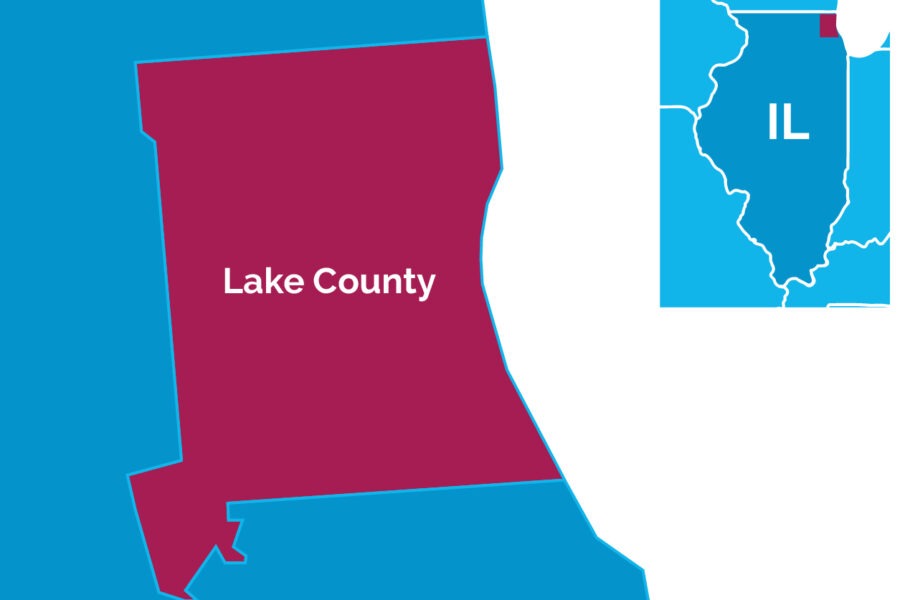 In December 2018, the Continuum of Care for Waukegan, North Chicago/Lake County became the 11th community in the United States to end veteran homelessness as a part of Built for Zero, a movement of more than 80 cities and counties in the U.S. committed to measurably ending homelessness, one population at a time. The community, which joined Built for Zero in 2015, also received federal certification for the achievement from the United States Interagency Council on Homelessness.

As part of Built for Zero, Lake County changed how its homeless response system works by adopting the core elements of the Built for Zero methodology:

The local Built for Zero team started by unifying the efforts of five key agencies working locally to end homelessness. In many communities, local agencies or nonprofits focus on their piece of the solution, without an ability to see how all the pieces in their community fit together. Often, success is defined by each organization’s programmatic goals rather than whether the overall number of people experiencing homelessness is going down.

The Lake County Coalition for the Homeless is a membership organization open to all interested in contributing to an end to homelessness in Lake County. The twenty-five member organizations work collaboratively to create a high-functioning homeless service system and make funding recommendations for state and federal funding.

This command center of agencies worked to double down on quickly housing veterans, improve coordination across service providers and provide innovative solutions to barriers that were keeping veterans homeless.

“Since the beginning of our efforts, the Coalition’s partner agencies have been working together to build a seamless system of care for homeless veterans. Strong, trusting relationships in the community were foundational to achieve the goal of ending veteran homelessness in Lake County,” said Sue Shimon, president of the Homeless Coalition.

“Built for Zero was a catalyst of change for our community,” said Brenda O’Connell, community lead for Built for Zero and the Continuum of Care Program Coordinator of Lake County.

Communities in Built for Zero develop by-name lists, which provide real-time insights into everyone experiencing homelessness by name. This enables communities to triage that individual’s needs, understand if their investments and activities are driving homelessness down and test and innovate ideas that will move people out of homelessness faster.

With the by-name list, the team for the first time had a full picture of veteran homelessness in their community and insight needed to ensure that the system is not simply operating to be full —  but to be strategic.

Every week, the actors working on veteran homelessness in Lake County receive an email. The email includes a list of every veteran in the community experiencing homelessness. When it features an unfamiliar name, emails begin circulating within hours: Where is this person? Why are they experiencing homelessness? What is their housing plan? That list is in the hands of local nonprofit providers, the housing authority, and the local veteran’s medical center, known as the Captain James A. Lovell Federal Health Care Center — all working together to veteran homelessness in Lake County.

“Now, we’re looking at our by-name list, and we’re solving for zero,” O’Connell said. “Who is in most need of this specific care and housing? Who is the person we need to put in that housing slot? We are prioritizing the hardest to serve for housing.“

“The measures of quality now are whether the number of people experiencing homeless going down — that’s success.”

Once the team had their “command center” formed with the key veteran service providers at the table, all using the same quality by-name list data, they began to test and improve their system to remove individual and systemic barriers to ending homelessness.

“They tested more ideas faster than any team I have ever seen,” said Eddie Turner, Built for Zero Collaborative Strategy Lead.

One solution addressed the fact that the pathway to housing required going through temporary shelter.

“There were so many reasons why people might not want to come into shelter,” O’Connell said. “For example, ‘I have a pet who is my life, and I will not leave them for the night.’ Or ‘I have a serious mental illness and sleeping in a room with 20 other people is not something I can do.’”

The local team began to conduct outreach to individuals who were not visiting shelters, whether they were in libraries during the day or in retail parking lots at night. As veterans began to realize there was a new pathway out of homelessness that did not require going through shelter, they began to seek support. The community’s by-name lists grew, as did their ability to solve for the whole problem.

“People think ending homelessness is not achievable, because the system wasn’t designed to end it — it was designed to manage it,” said O’Connell.. “But if you redesign it with zero in mind, it can be ended.”

As they looked at their data, the team also discovered that many veterans experiencing homelessness were staying at the local VA medical center’s domiciliary care, which provided medical rehabilitation and treatment, for extended periods of time. The team soon realized that many of those individuals were not moving into permanent housing because they needed to live at the domiciliary to access dental care.

“We needed to figure out how to preserve access to dental care without delaying veterans’ move to independent housing,” she said. “And so that’s what we did.”

As of 2021, the Lake County team has continued to sustain functional zero for veteran homelessness ever since reaching it in 2018. “They made a true systems change that stuck, even through the 2020 COVID-19 pandemic,” Turner said.

“Ultimately, we believed we would be able to get to a different status quo because we operated differently,” O’Connell said. “We have flipped all of our work, so that it is in service of the goal of ending homelessness.”

“Our greatest need to sustain our success is housing. We need landlords willing to help veterans who have fallen on hard times to step forward and make more units available to these men and women who have served our country,” said Stephanie James of Lovell’s FHCC’s Homeless Program.

Veterans comprise only a portion of the homeless population in Lake County, and the Homeless Coalition is now setting its sights on the next big goal—ending chronic homelessness in Lake County. 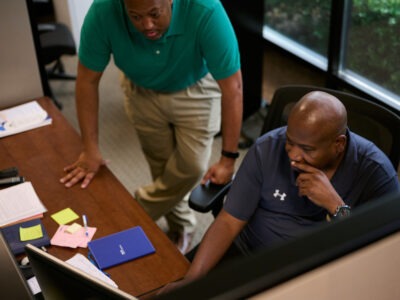 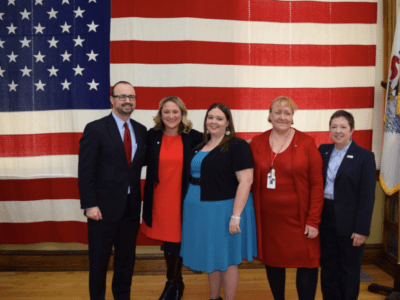 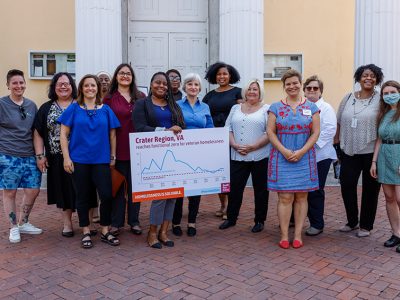