A competition aimed at shaping innovative economic development strategies for Hartford is moving to a second round, with its top finalist focusing on fostering the healthcare technology industry.

Ten finalists — the top three sharing $100,000 in cash awards — will now advance to the next round of Hartford’s version of the federal “Strong Cities, Strong Communities Initiative,” or SC2 for short. The competition, launched in March, requires teams to form and develop detailed economic development strategies that will attract and retain entrepreneurs and young companies that want to grow in the city.

“Hartford has always been a place of innovation, and for a couple decades, a little bit dormant,” Hartford Mayor Pedro E. Segarra told the crowd gathered Monday night at Hartford’s Colt factory for the announcement of the top three finalists. “But by the interest that we’ve had in the this program, I can tell the spirit of innovation is alive and well and strong in our community.”

Hartford.Health.Works, a team of healthcare and medical technology companies, plus a medical device trade group, took the top award of $60,000. The group envisions Hartford leveraging existing strengths in health care technology in order to create companies with a national reach, thus attracting entrepreneurs and capital to Hartford and bringing “high-value” jobs to the area.

“All of us work in the health care area,” said Mark Borton, founder and chief executive of Rising-Tide Health Care in Chester and a team member. “The question was, ‘How can you make that into economic development. Healthcare technology is something that can do that.”

Overall, the competition drew 60 registered teams, after which 25 proposals qualified for submission.

The other top finalists are:

Homelessness in the Area is a Cause that Demands Attention 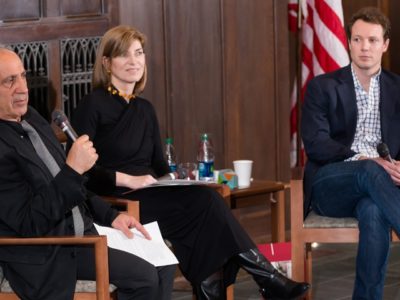