Rick Wells   |  March 9, 2017
From News on 6
TULSA, Oklahoma – A coordinated effort to get help for Tulsa’s homeless veterans is working.
Tulsa shelters help 6,500 homeless people every year and many of those are veterans.
We went to Tulsa’s Iron Gate, where Alice Doyle from the Veterans Administration and John Dessauer from another Veterans group called BRR4Vets are working together.
“Our goal is rapid re-housing for veterans and their families,” Dessauer said.
Two veterans agencies working together to solve problems.
“Historically in Tulsa there have been a lot of agencies doing good work but they haven’t collaborated like this,” Doyle said.
In fact, there are more than 20 agencies whose case managers get together a couple of times a month to solve client problems together. One of those is Mackenzie Jackson. She’s part of Family and Children’s Services Homeless Outreach Team. She’s at Iron Gate every day.
“What I do is listen to their story and then connect them to the resources in Tulsa that could be most helpful to them,” said Mackenzie Jackson.
It might be a connection to a veterans organization or another agency with the ultimate goal of housing first, then solutions to other problems. And it’s working. Since it began in 2015 this collaborative program called Built for Zero has found homes for more than 700 veterans and chronically homeless.
imported
Share 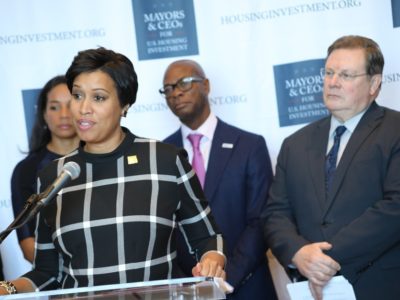 Mayors Take the Fight for Affordable Housing to Capitol Hill 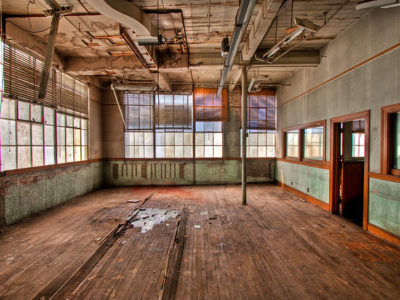