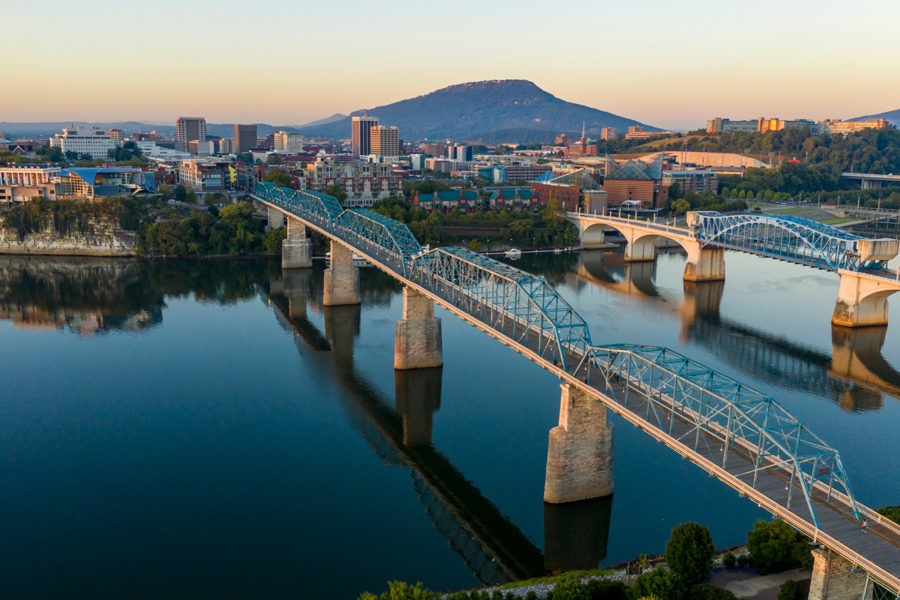 Built for Zero is a movement of more than more than 80 communities committed to measurably ending homelessness, one population at a time. The Continuum of Care for Chattanooga and Southeast Tennessee (which will be referred to as “Chattanooga” or the “community”), a jurisdiction that covers 47 cities and 11 counties, joined Built for Zero in early 2016. In October 2019, Chattanooga became the 11th community in the country to reach functional zero for veteran homelessness, a milestone demonstrating there are fewer veterans experiencing homelessness than can be routinely housed within a month.

By reaching functional zero for veteran homelessness, the community has proven it has built a system that can ensure homelessness is rare and brief, even if new veterans experience housing crises over time.

This functional zero announcement comes four years after the city of Chattanooga reached the Federal Criteria and Benchmarks for ending veteran homelessness set out by the United States Interagency Council on Homelessness (USICH), the federal body that oversees homelessness. While that milestone was important, it was based on a one-time snapshot of how the homeless response system was performing when it was certified. It also represented only the city of Chattanooga, rather than the entire Continuum of Care, which covers a population of nearly 700,000 people across southeastern Tennessee.

What’s the difference between Community Solution’s functional zero definition and the Federal Criteria and Benchmarks set by USICH?

As part of Built for Zero, Chattanooga changed how its homeless response system works by adopting the core elements of the Built for Zero methodology:

The local Built for Zero team unified the efforts of key agencies working locally to end homelessness across an area that spans 47 cities and 11 counties.

In order to end homelessness for an entire population, 10 agencies organized their efforts around a shared goal for getting to functional zero for veteran homelessness. This dedicated group met regularly to marshall their resources and efforts to match the needs of each veteran experiencing homelessness.

This teamwork, which transcended organizational borders, was critical. When a housing navigator became sick, Casey Tinker, a Service Coordinator from the city government, and Emma Beers, the Coordinated Entry System Manager and BFZ Community Lead, stepped in to take turns driving clients to apply to apartments.

“The team became so collaborative, through a regular practice of meeting called case conferencing, where they were aggressively setting goals and taking an ‘all hands on deck’ approach to meeting them,” said Eddie Turner, the Built for Zero coach for Chattanooga. “Agencies were helping each other out and taking steps to house each other’s clients.”

That work became possible because in 2016, for the first time, they were able to know every single veteran experiencing homelessness in real time, by name.

You cannot solve a problem that you don’t understand. In order to measurably end homelessness, communities need real-time, person-specific data. Traditionally, an understanding of the issue of homelessness across a geography has been limited to an annual estimate of people experiencing homelessness, called the point-in-time count. This is an aggregate number that provides an estimate of people experiencing homelessness on a single night, but does not include the names or needs of the people who make up that number.

Communities in Built for Zero develop by-name lists, which provide real-time insights into everyone experiencing homelessness by name. This enables communities to triage that individual’s needs, understand if activities are driving homelessness down, and test and innovate ideas that will move people out of homelessness faster.

Chattanooga met the USICH’s Federal Criteria and Benchmarks for Achieving the Goal of Ending Veteran Homelessness in 2015. However, in the summer of 2016, the team wanted to ensure that they accurate picture of how many veterans were experiencing homlessness across the entire continuum of care region. That data revealed that there were 70 veterans experiencing homelessness they had not previously known about.

Maintaining an accurate and continuously updated list of every veteran experiencing homelessness across the region gave the Chattanooga team the insight they needed to solve for the whole.

“We were able to say: Where do we focus our efforts? What was an issue that was happening because there was a real barrier that someone was facing? What were we not thinking creatively enough about?” said Emma Beers, the Built for Zero community lead in Chattanooga. “There was no longer a mystery over whether something was a contributing factor.”

USING DATA AND PROCESS IMPROVEMENT TO DRIVE TOWARD ZERO

Taken together, these regularly updated data points enabled them with an ability to drive changes to their system that brought them closer to zero. From 2016 to 2018, the team worked to steadily reduce the number of veterans experiencing homelessness.

The power of data and the command center come together during case conferencing, regular meetings where the local team discussed people on their list of veterans experiencing homelessness. They used their data to analyze where veterans were getting stuck in the system and remove the barriers that stood in their way. These meetings were a key tool that empowered the community to pursue shared goals, in addition to each organization’s independent goals.

Improvements to those meetings helped the team increase the number of people they were able to house. They reorganized the one-hour case conferencing meetings into three 20-minute segments that represented each of the phases a client moves through in to become housed. They began to track how long it was taking veterans to move through each stage of the system. This change gave the team a better understanding of their system and pushed them toward action.

For example, it became apparent that one phase was creating a bottleneck that was preventing veterans from being housed. This phase, called income maximization, involved veterans who have all the documents they need to be housed, but lack the income needed to be housed independently. During this phase, the team works to match the veteran to additional sources of income that would enable them to sustain housing. By targeting bottlenecks like these, the team was able to reduce the length of time it took from engaging veterans to successfully housing them.

By the summer of 2019, the regional team was close to reaching functional zero, but they’d hit a wall. They determined that they needed added capacity to help clients find housing units and prepare successful applications.

Through funding available for communities close to functional zero, the team hired Jamie Ascarate, a Coordinated Entry Outreach Specialist who would focus on housing navigation.

She focused on people who had been on the by-name list for the longest time and worked to remove barriers keeping them from housing.

“Having someone new in the community sparked energy,” Beers said. “It felt like we knew we had been doing good work, but now with a little more help, what could we do? Within a month or two, we saw drastic changes in our system. We were able to knock down the length of time to access and house these people.“

But Beers admits that it came as a surprise that the majority of the work to get to functional zero was fueled not by additional housing stock but “brute force.”

“We were definitely the community that thought we didn’t have resources, but it turns out it wasn’t true at all,” Beers said. “With system changes and new staffing design, change suddenly started happening without it.”

“Now nobody ever stops to say, ‘This is too big. We can’t do this,’” Beers said. “Because we’ve seen what is done and that it’s worth the effort,” 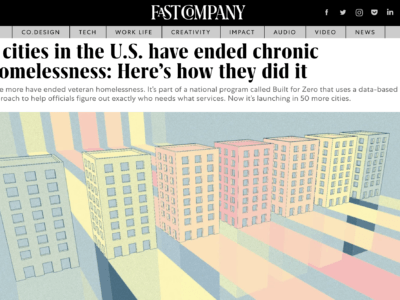 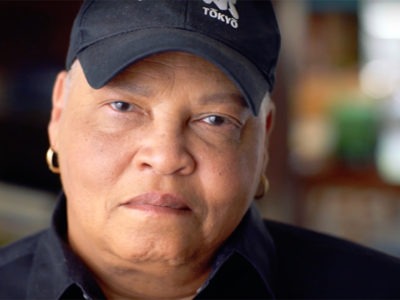 What’s the line between homelessness and housing? 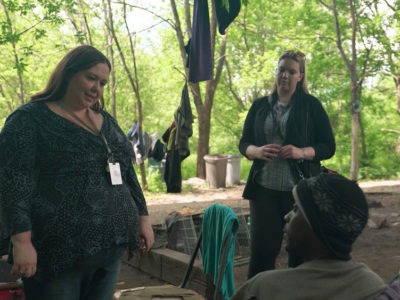