What is case conferencing in homeless services? 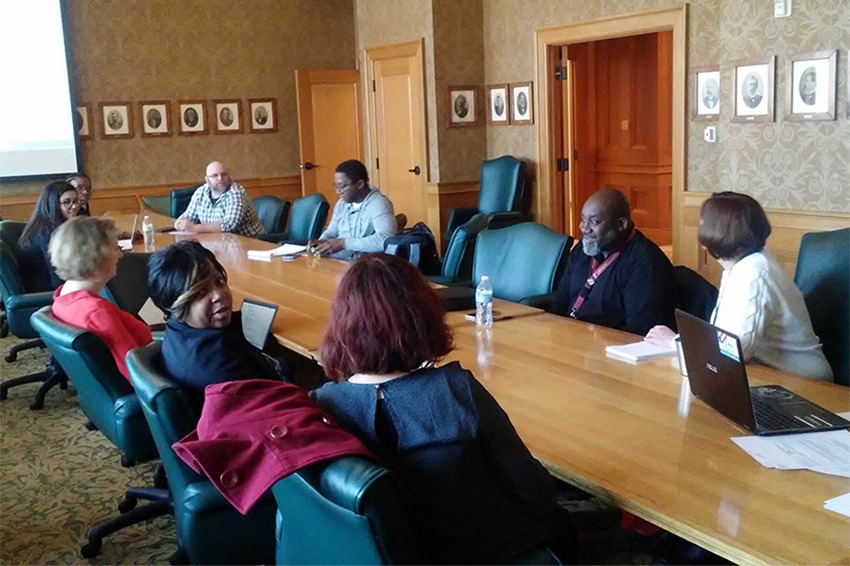 It may seem like “just” a meeting, but a homeless response system’s case conferencing practice is one of the most valuable tools a community can utilize in their path towards ending homelessness.

What is case conferencing exactly?

It’s a recurring, problem-solving meeting, bringing key participants together to collaborate on ways to remove barriers to help house clients faster. It’s also the ethos of Built for Zero methodology in action — collaborative teams working through their real-time, by-name list of people experiencing homelessness, coordinating resources, and figuring out how to generate and measure system improvements along the way.

Every Built for Zero community who has achieved functional zero since 2019 has also improved their case conferencing practice, making it the “brain” of their improvement system.

For example, BFZ community Lynchburg, Virginia achieved functional zero for veteran homelessness in February 2020, in part through improving their case conferencing meetings, which they called huddles. “Every member of the veteran huddle was really committed to improving housing placements for homeless veterans and each had a unique service and skillset to offer to make that a reality,” said Sarah Quarantotto, Executive Director of Miriam’s House and improvement team leader.

Recognizing what a lynchpin this seemingly routine meeting can be, the Built for Zero team hosted the inaugural virtual Case Conferencing Summit in November. Over two interactive days, case conferencing novices and experts alike learned actionable tools and methods to improve their work locally — even as soon as their next meeting.

In conjunction with the Summit, Built for Zero launched a new Case Conferencing Tool Bank, a suite of resources designed to speed up housing placements and bring teams together.

How does case conferencing work? Read on to learn about some of the key components.

When you help create a culture of case conferencing as a place where no idea is a bad idea, the team’s creativity in solving tough problems starts flowing.

If a community has strong case conferencing meetings, it becomes everyone’s favorite meeting of the week. It’s also the most valuable. But for that to be true, communities must move away from rote “update” meetings to intentional gatherings — and opportunities to transform how your team thinks and acts.

It’s important to be transparent about what this regular meeting is for — finding housing solutions using the community’s person-specific list of everyone experiencing homelessness in a population.

“There’s a direct correlation between people having a good experience at the meeting and people getting housed faster,” said Garen Nigon, Strategy Lead for the Built for Zero Collaborative.

Participants in the Case Conferencing Summit discovered how to develop a solid agenda, set attainable but ambitious objectives, and ensure that the right people are at the table, including frontline staff, facilitators, and data leads. With the aid of an Agenda Building Kit, facilitators can develop their plan, assign roles for note-takers and timekeepers, and set their meeting up for success.

It’s about transforming people’s mindsets and actions in the service of people experiencing homelessness.

Gathering everyone together for a structured and efficient meeting is only one part of a robust case conferencing practice. The team’s mindset must also be aligned with shared, action-oriented objectives.

A successful case conferencing meeting is one in which everyone at the table shares a sense of purpose and community. All participants contribute their experience, ideas, knowledge of clients, and institutional resources to figure out new ways of housing people.

“This human connection is so important,” said Anna Bialik, Built for Zero Improvement Advisor. “As we find ourselves in these virtual spaces in this pandemic, we don’t want anyone feeling like their functional zero goal is theirs alone to accomplish.”

The Summit highlighted the fact that forming an effective and cohesive team is just one step. It’s just as important to identify and cultivate leaders of that team. Case conferencing facilitators should be empowered as leaders, guiding the team to prioritize actionable solutions. A strong facilitator must learn to ask thoughtful questions to focus participants on taking action to house clients, developing a team culture that prizes learning and collaboration.

Recognizing that each additional day a client is stuck within the housing system is another day they are experiencing homelessness, the team must shift from discussing “my client” to “our clients.” As Habiba Rotter, Built for Zero Improvement Advisor, explained, “It’s critical to build a sense of community or for everyone to have a sense of ownership of everyone experiencing homelessness no matter where they sit in the system.”

“So what’s the thing that needs to happen next for this client to be one step closer to housing?”

If the primary objective of case conferencing meetings is to house people faster, there are numerous ways to measure whether that is working. One way to know is if the meeting produced action, and whether a team has set clear, yet ambitious goals, to track progress and improvement over time.

Rosten Callarman, Coalition Coordinator of the West Texas Homeless Network in the Built for Zero community of Abilene, Texas, has seen that measuring outcomes like this can turn case conferencing into a scientific process, rather than an arbitrary effort. 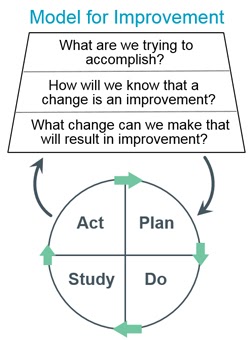 “Let’s actually have specific goals. Let’s test those goals or that hypothesis, and then talk about what happened with that hypothesis,” Callarman said. “Then let’s create a new hypothesis based on what we experienced. It ends up becoming an iterative process that leads to progress intrinsically.”’

Building off of the foundation generated by a collective mindset, this process allows teams to look at their entire case conferencing practice to see if it is truly helping to house their clients faster.

“Everyone at the meeting is there because they want to house people,” said Emma Beers, Built for Zero Improvement Advisor. “We know this is not easy work — this is not work you half-heartedly fall into. Everyone wants to be housing people as quickly as possible, everyone is passionate about what they do, and everyone wants to succeed.”

Continuing the emphasis on action and urgency, a meeting should close with each person in attendance being assigned a next step. If someone can’t own a next step, that person may not need to be at the meeting.

By committing to these deliberate and rigorous best practices, teams’ jobs will become easier and more fulfilling as their rhythm picks up — and as they start seeing clients’ lives change as a result

“What’s the potential energy that you can unleash in a case conferencing meeting?” asked Eddie Turner, Strategy Lead for the Built for Zero Collaborative. “We think it’s about bringing the team together, even though they work for different agencies or organizations, even though it is no one individual’s job to end homelessness or to reach functional zero…But if you run this meeting really well, it’s going to feel like everyone’s job.” 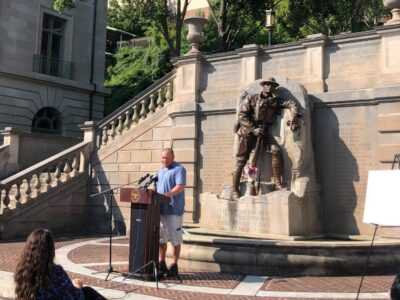 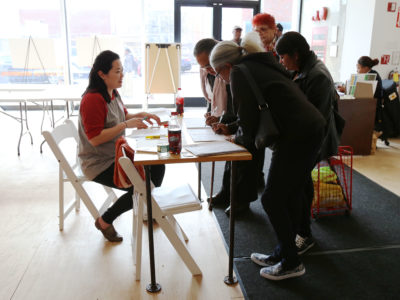 The Gregory Jackson Center for Brownsville: A Community Hub Opens Its Doors 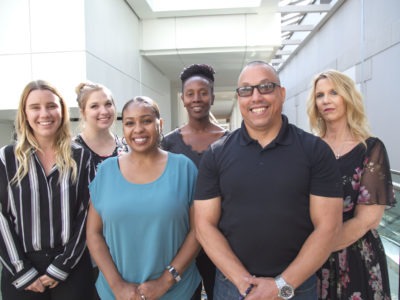