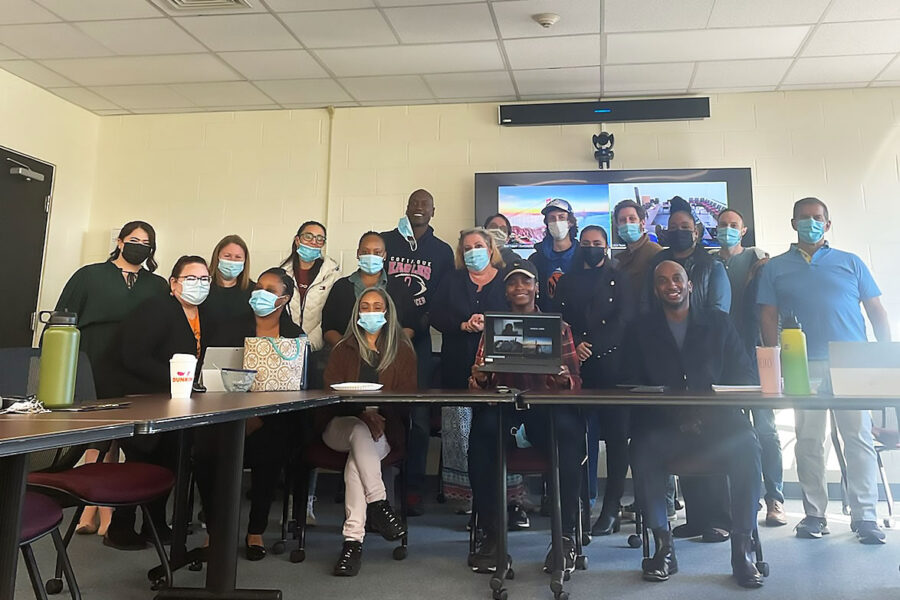 The Long Island Coalition for the Homeless has grounded their work in race equity by identifying disparities through data, revising assessment tools, and shifting governance power.

For most communities, Covid-19 was a time of response and reevaluation. For the Built for Zero community of Nassau County and Suffolk County, that was especially true. With almost three million residents, the two counties are generally referred to as Long Island, with Nassau County located immediately east of New York City in New York state.

When the pandemic began in 2020, the Long Island Coalition for the Homeless began to reorient their homeless response system to address the immediate needs of their community. As they did, leaders also began to ground their work in race equity and take note of the racial disparities produced by their system.

As Mike Giuffrida, Associate Director for the Long Island Coalition for the Homeless, explained, “I saw these conversations really start to change in tone around this time, where there was more deliberateness and intentionality about race equity, sparked by the health disparities we were seeing.”

Recognizing the effects of historical racism

The community has a well-known history of intentional segregation and discriminatory practices. Nassau County was home to the first Levittown, a large housing development built in 1946, which is often referred to as America’s first suburb. In this first Levittown neighborhood in New York, people of color were prohibited from purchasing and moving into the community due to restrictive racial covenants supported by the Federal Housing Administration.

“Levittown is nationally recognized as an area that was not inclusive of people of color and was a clear historical example of a community where redlining was happening,” Giuffrida noted.

Effects of this historical racism are still felt today across Nassau County and Suffolk County. Giuffrida sees the population experiencing homelessness, the rise of the shelter industry, and disparities within the homeless response system as all connected to the problem they must tackle.

“I think that, at the core, this is what we all feel is wrapped into the major underlying challenge that we see on Long Island,” he said.

“It was really when we had a fully developed coordinated entry system that we were able to track in a more detailed way more specific outcomes.”

Nassau and Suffolk Counties joined Built for Zero in October 2019, reaching the quality by-name data standard for people experiencing chronic homelessness in December 2020. As they made progress by increasing outreach efforts, the community began by looking at the baseline data and reports that most communities collect on people experiencing homelessness in their community.

“But it was really when we had a fully developed coordinated entry system that we were able to track in a more detailed way more specific outcomes,” Giuffrida said. “The data was showing clear disparities in all different time periods within the homeless experience.”

These differences included how long a person was experiencing homelessness or how long it took them to access resources. Disparities across race were also evident in evictions that were leading to homelessness, and enrollment and access within certain housing programs. Realizing there was more to the story, the team shifted their focus to more qualitative data analysis to further understand how people of different races were experiencing the system. This approach also included bringing more people with lived experience of homelessness to the table.

“We were just being really human-centered and looking at the human experience that people locally have to navigate, and the systems and barriers that they face along the way,” Giuffrida said. “That’s where we believe the best solutions to homelessness locally are.”

Once the team started to recognize disparities in the data, they naturally began to examine the different policies and procedures that contribute to those outcomes and data. Taking a critical look at their current assessment tool prompted them to begin developing a newer, more racially equitable one.

While making sure the questions asked in the assessment were composed with an equity lens, the team also knew the importance of training the staff who were asking those questions. Their coordinated response team underwent thorough training that included education in implicit bias, cultural competency, culturally informed and non-stigmatized care, and power sharing and analysis,

“Because it’s more than asking questions — it’s who is asking them, and how they’re being asked, and how we are showing up in communities,” Giuffrida said.

After eight months of formulating this improved tool, the community’s frontline staff is now piloting it with a diverse and representative group of people experiencing homelessness to see if they do, in fact, achieve more equitable outcomes.

“We’re trying to get as much feedback from a diverse group of people with lived experience for the assessment, and really taking that feedback into consideration and altering our assessment based on the client’s feedback,” said Jessica Labia, Coordinated Entry System Manager for the Long Island Coalition for the Homeless. “Because we know that’s the most important perspective here for sure.”

“We’re trying to get as much feedback from a diverse group of people with lived experience for the assessment…because we know that’s the most important perspective here.”

Acknowledging the need to shift power

In June 2022, the entire Continuum of Care (CoC), a structured piece of the homeless response system that receives funding from The Department of Housing and Urban Development, participated in a week of training devoted to diversity, equity, and inclusion. “It was probably the best training any of our staff ever attended,” Labia said. “I think it really inspired staff to also care about the issue of racial equity and want to further that in our communities too.”

As a result of this DEI week, CoC leaders realized many crucial players were not part of their system’s decision-making processes. They decided to restructure their governance board and shift power.

“We are becoming more diverse as a field in terms of frontline workers, but it is much harder to change the dynamic of who holds the power in your community and who are in those positions of power and leadership,” Guiffrida said. “And one of the things that we’re doing in our community is a full CoC restructure, in part to address this because the glaring question is who is not at the table and why.”

Looking ahead in Nassau and Suffolk Counties

In the coming months, the Nassau and Suffolk Counties team plans to continue piloting their new assessment tool and undertake their governance board restructure. Giuffrida is also looking forward to expanding the diversity of voices present in their system’s leadership through the creation of “a more formally structured persons with a lived experience advisory group that is able to be supported and sustained.”

The community is also cognizant that there are more ways they can improve the equity of their system and other indicators of that need.

“Despite our efforts to outreach in a more inclusive way and change our assessment tools for example, we’re still seeing disparities play out in other areas, which is then pointing to other areas of the system that we need to address,” Giuffrida explained.

Labia is thankful her community has put the money and focus toward improving the racial equity of their homeless response system, and she encourages other communities to follow suit.

“I think if you’re not doing this work and digging into the racial equity work, you’re not serving the population that we’re serving equitably and well and fair. I think it’s work that every community needs to look at.” 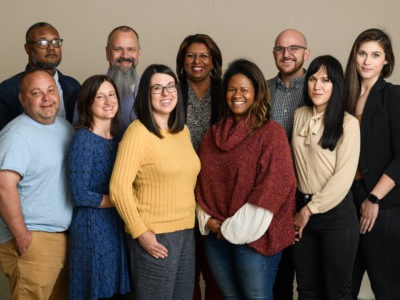 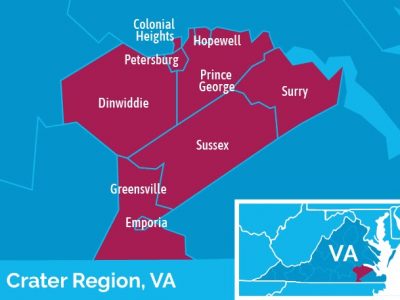 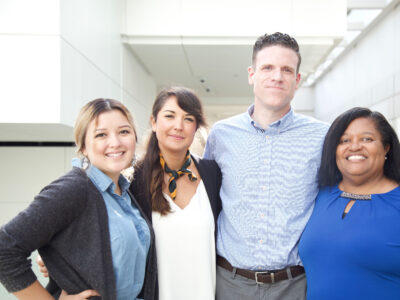