Meet residents of The John and Jill Ker Conway Residence

Hear the stories of several people who experienced homelessness in D.C. and now have a home at The John and Jill Ker Conway Residence.
February 25, 2022 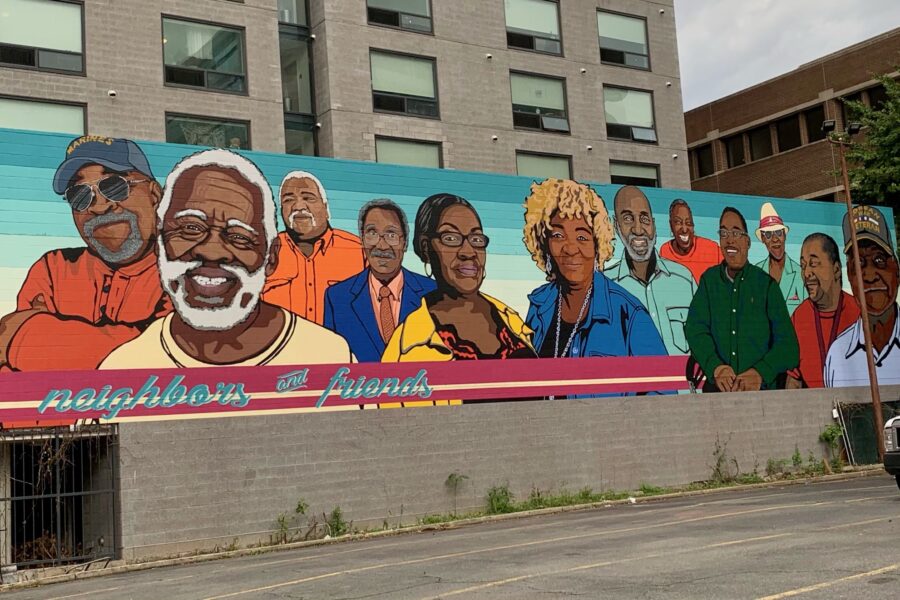 Opened in 2016, The John and Jill Ker Conway Residence is a 124-unit, mixed-income residence for veterans who have formerly experienced chronic homelessness and low-income residents. Read more to get to know some of the veterans who now call Conway their home. 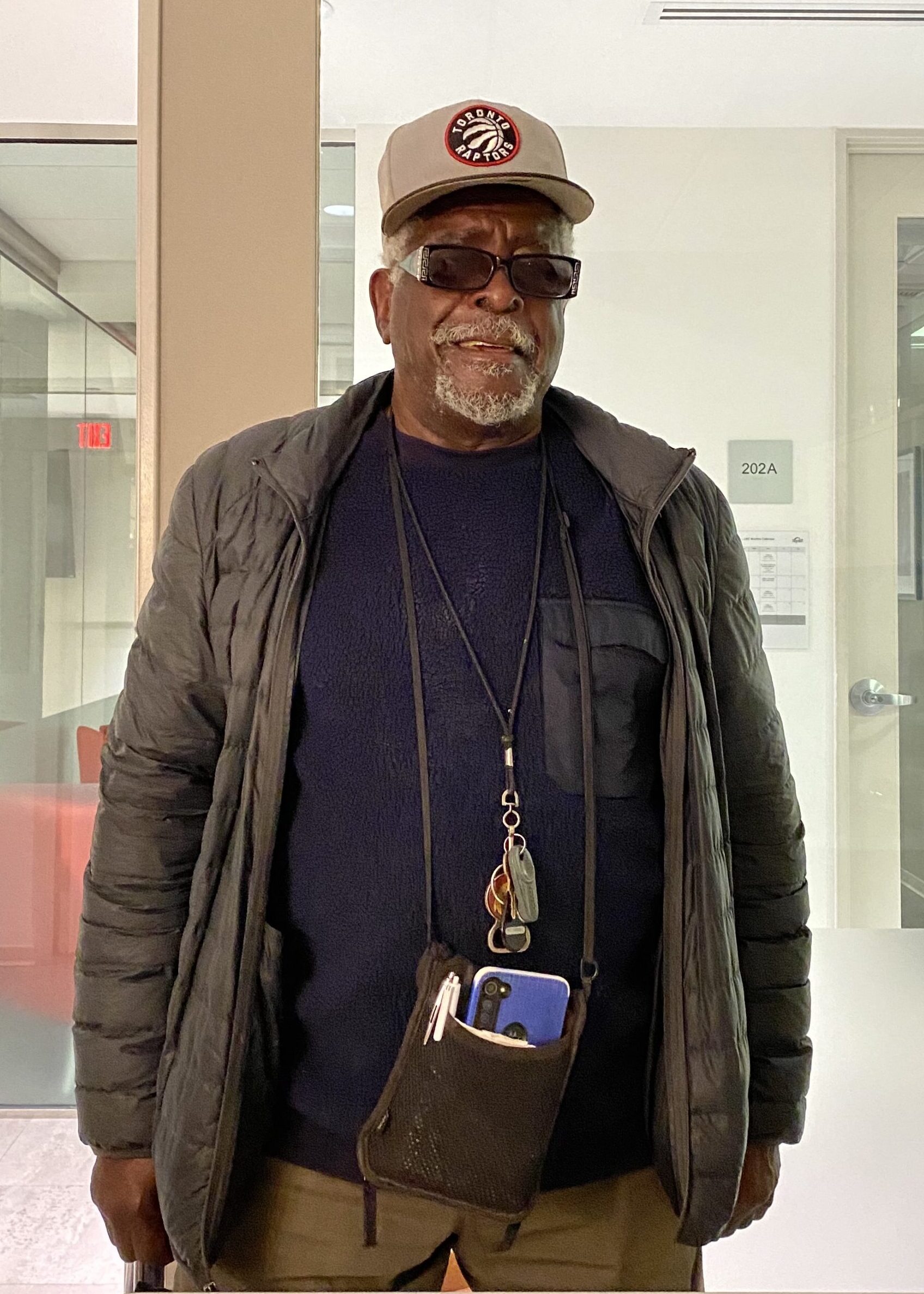 John enjoys the amenities at Conway way like the multipurpose room, where he regularly plays card games like spades with other residents. He also likes that many other servicemen and veterans live in the building.

“The property manager here is really good,” he noted. 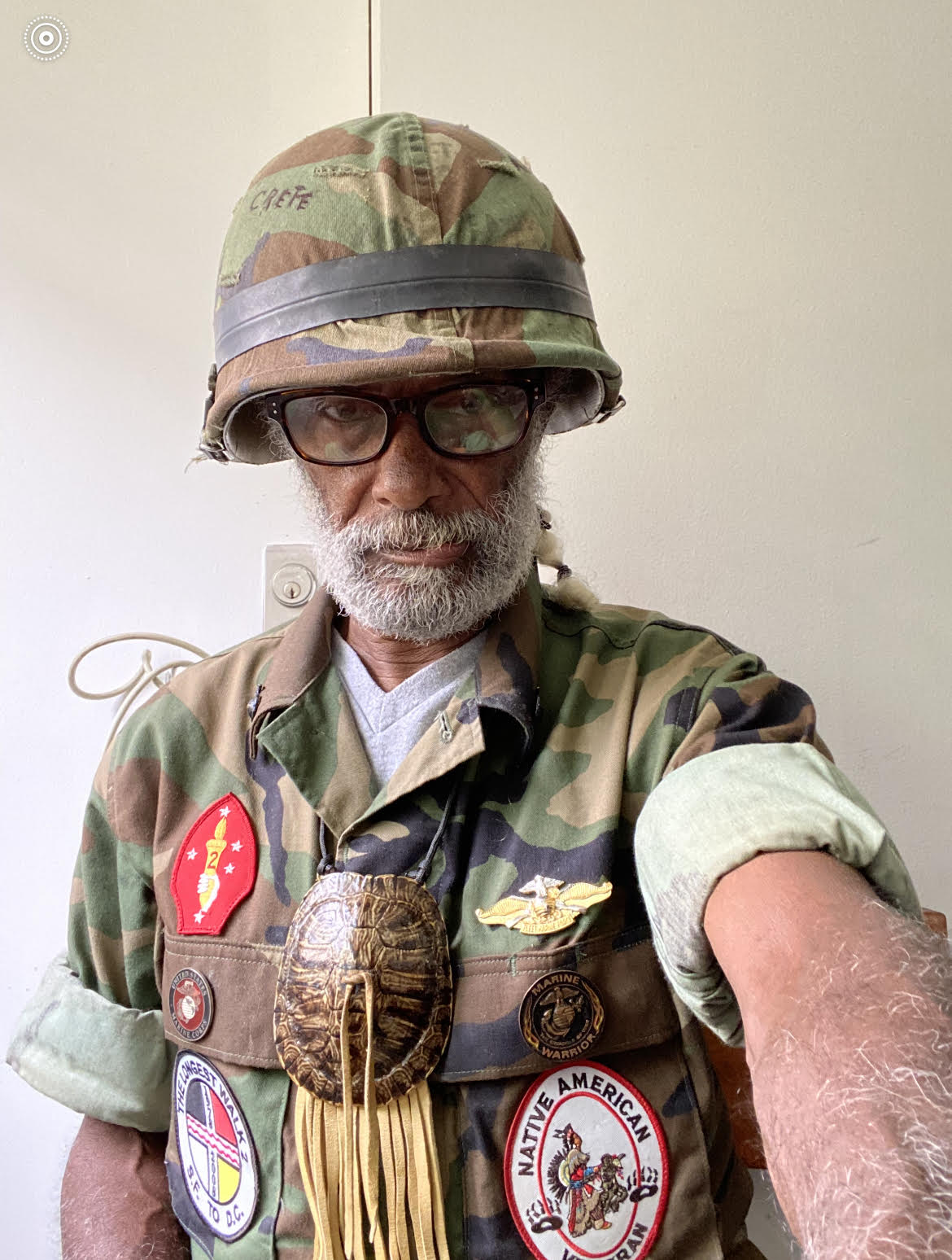 “It’s been very nice since I’ve been here — I’ve really enjoyed being here. I just had my 70th birthday, and I think I’m doing well.”

George has enjoyed the past several months he has lived in Conway: “It’s been very nice since I’ve been here — I’ve really enjoyed being here.” He recently even spoke to a class at local Gonzaga High School — “I told them about my military experience and where I came from, stuff like that.”

George likes to stay active, riding his bike to the Mall and the Lincoln Memorial. In the past, he has even biked in the Appalachian Mountains, riding 70 miles one-way by himself at one point. He also likes connecting with other veterans like himself, which he did for Veterans Day at the Mall. “We had the 20th Street Family, at 20th and Constitution, and we have the whole block. We cook and talk…and meet other veterans, things like that.” 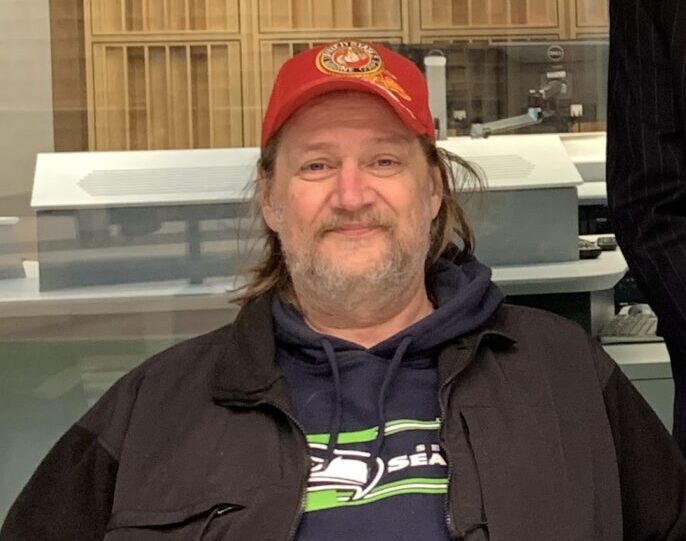 “I like it here… As long as I have someplace to kick my feet up and out of the weather, I’m happy.”

Hometown: Erie, Pennsylvania
Resident at Conway since: January 2017
Military branch served: Marines
Length and location of service: Paul joined the Marines in 1974 as an M.O.S. Embarkation Man and served at numerous locations while deployed aboard ships, including the Caribbean, Mediterranean, and the West Pacific.

Paul moved into Conway in January 2017. “I’m one of the old-timers. I came in during one of the first years it was open,” he explained.

“I like it here. The apartment isn’t real big — it’s a studio. But being single, I don’t need a lot of space. As long as I have someplace to kick my feet up and out of the weather, I’m happy.”

Since May of 2019, he’s also served in a leadership role as a JJKC Peer Leader, a role which helps identify community needs and respond through social programming and events. As a Peer Leader, Paul helped spearhead a field trip to the National Air & Space Museum in January of 2020, packed goody bags (with toiletries, PPE, and snacks) for residents as a response to the COVID pandemic and is always willing to lend a hand.

He explained that they are able to fund resident activities and projects through dollars they receive from grants from organizations like The Home Depot Foundation. “I’m the one pushing for taking trips, like with all of the Smithsonian museums around,” he said.

They recently took a trip out to the Smithsonian Air and Space Museum, which Paul noted is difficult to get to unless you have a car. The Peer Leaders organized Ubers to transport the group out using the grant money.

During the pandemic when everything was shut down, the Peer Leaders organized box lunches from places like Subway to be passed out to residents. “We just really tried to do that toward the end of the month, because most of us here are on social security or some sort of pension and money gets a little tight toward the end,” Paul explained. “So it’s nice to have a little meal.”

The Peer Leaders at Conway have also created a community garden on a spare patio at the residence, with supplies provided by The Home Depot Foundation. “Next spring, I plan on putting up some tomato plants because I dislike tomatoes out of the stores,” Paul commented. “They just don’t taste as good as tomatoes you grow yourself.” 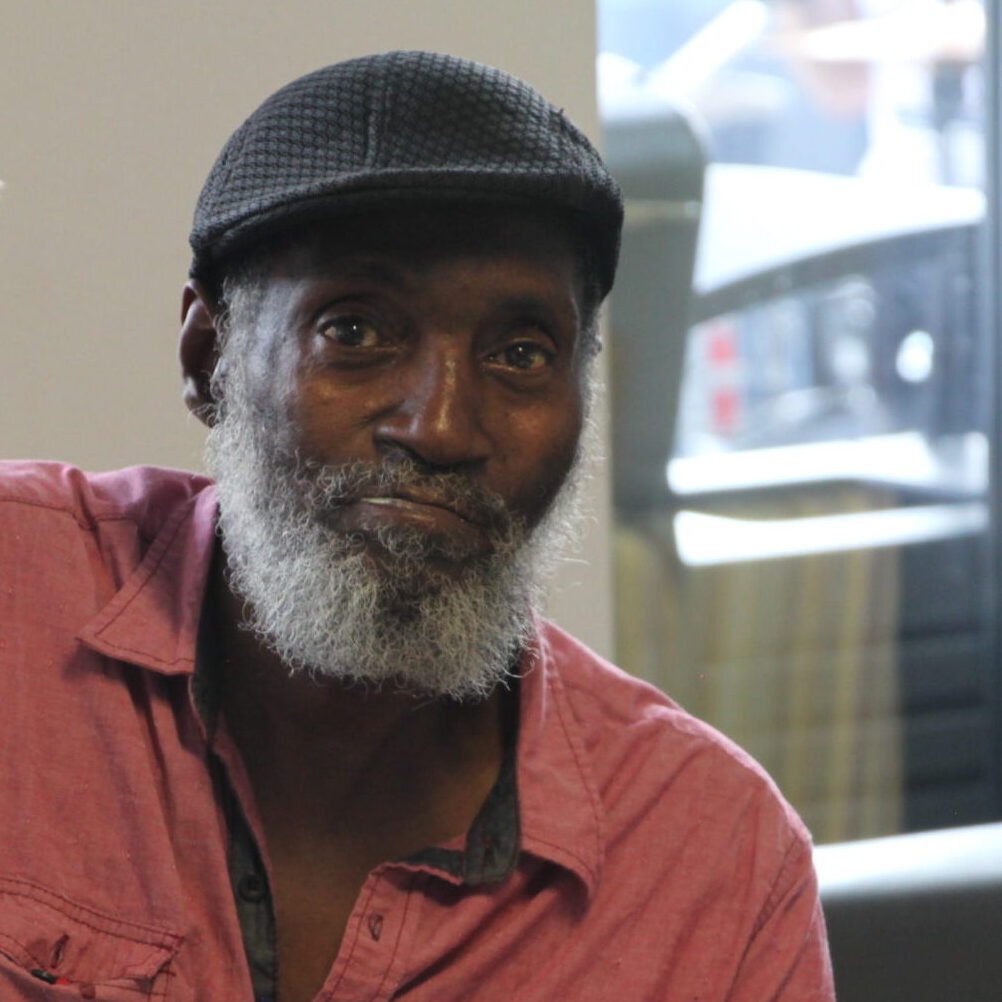 “I have a good apartment, good people, and my case worker and the whole management is good to me. This is the best thing that ever happened to me in a long long time… I’m just content, you know?”

“I have a good apartment, good people, and my case worker and the whole management is good to me. This is the best thing that ever happened to me in a long long time,” said Ray. “I’m just content, you know?” Ray also enjoys the size of his home. “I like the privacy, and having my own apartment. It’s just enough for me.”

Ray is also one of the residents featured on Conway’s “Neighbors and Friends” mural at the rear of the building (see featured image — he’s sixth from the right in the teal collared shirt).

“The staff here is real good to me,” he commented. “Anything I need, all I have to do is ask them. If I need help, I go to them and they help me.” 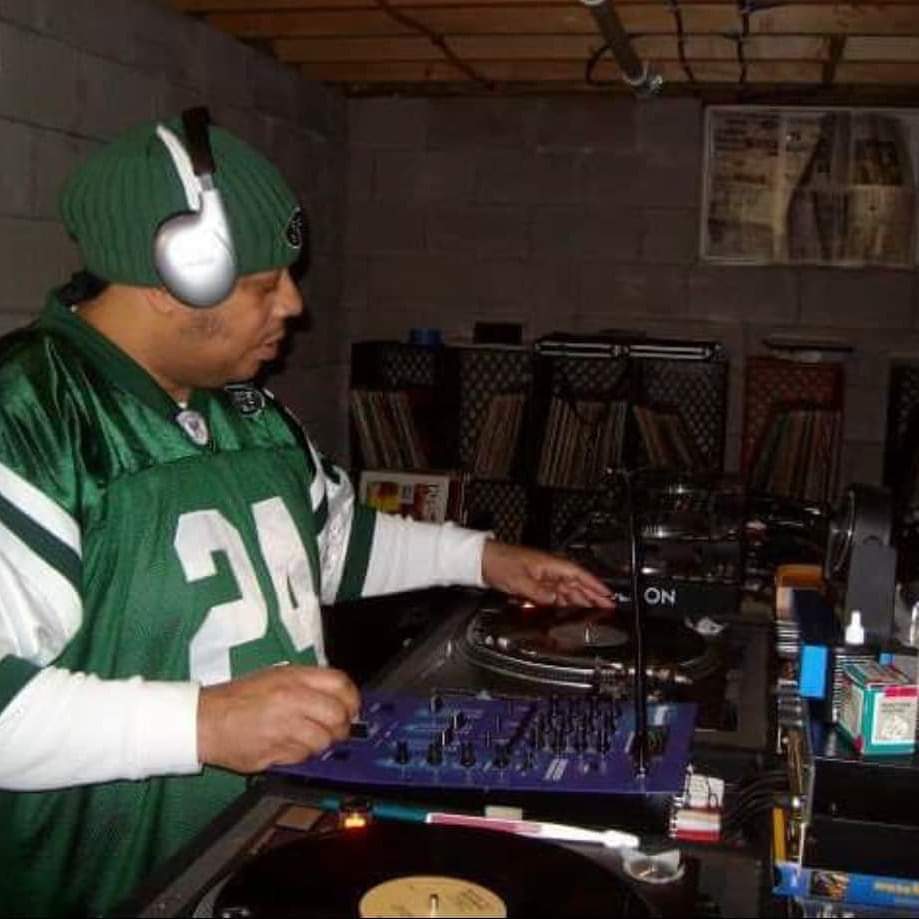 “You know, the door locks, the water runs, the lights come on — I’m good,” he said. Richard secured one of the last spots in Conway and has been there since April 2018.

He particularly likes the location of the building: “It’s right downtown, everything’s right around. It’s cool.” 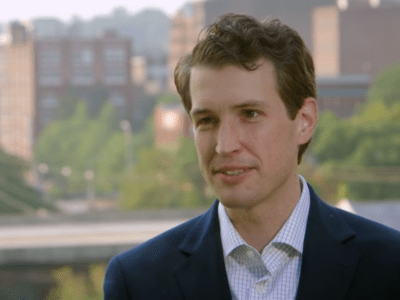 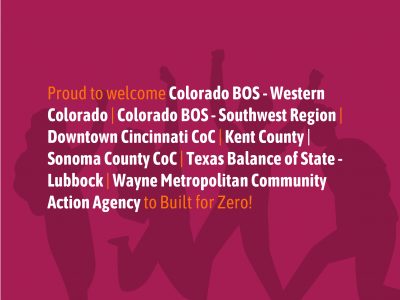 How are we defining “large cities?”