From The Hartford Courant

Chicago architect Daniel Burnham just over a century ago. But maybe today we need to think differently about a city like Hartford, whose future might lie in thousands of little things — creative and synergistic ideas —happening, connecting, collaborating, sharing, shaping, building.

That impression emerged from a lively panel discussion last week on imagining a new Hartford, part of a series of exhibits and events at the Hartford Public Library and the Connecticut Historical Society. The Courant’s Tom Condon asked the panel of four folks involved with creative, innovative organizations working to change the city what Hartford will look like in 25 years. Since Hartford, for the most part, looks the same as 25 years ago, I guess not much will change. Maybe a vacant ballpark and a few more parking lots.

Cities are shaped by people and projects that can simmer for years until reaching a boiling point, and the impression is that Hartford has an encouraging number of pots on the stove. One is MakeHartford, headed by Steve Yanicke, who describes the enterprise as a “gym for geeks” who like to make stuff. MakeHartford is at 30 Arbor Street, in a space that offers folks access to digital toys and tools like 3D printers (you can “print” objects). Yanicke spoke about the allure of incubator space where people can meet, learn to use new technologies and share knowledge. It’s something of a free-form collaborative, “connecting people who are doing things with other people who are doing things,” he explained.

Yanicke’s vision of the city is a place where new businesses, with very low starting costs, attract other entrepreneurs just because innovative types feed off each other. For Yanicke, one of Hartford’s greatest assets is the empty buildings that can become hotbeds of creative collaboration, leading to new businesses, housing and communities. Yanicke noted that housing in downtown Hartford always seems to grow in the wrong direction. Instead of more towers, Yanicke sees a downtown thriving with more three- and four-story, mixed-use residential and retail structures, where people live close to work, walk and actually meet their neighbors.

Gina Muslim, director of the Hartford Community Partnership, Community Solutions, sees the former Swift gold-plating factory in Hartford’s North End as similar to Yanicke’s idea of flexible incubator space. Rather than devoting Swift to one use, Muslim imagines a place that combines work, living, health care and food shopping within its 65,000 square feet. The idea is to create enough synergy in one place to offer residents and the surrounding neighborhood a one-stop community resource focused on job creation. The key, notes Muslim, is getting the right mix of uses and anchor businesses, and then studying what worked and what doesn’t work so it can be replicated in other neighborhoods.

A Name and a Voice 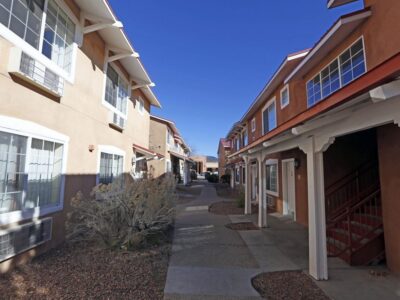