After 25 years, a Kansas City woman has a home of her own 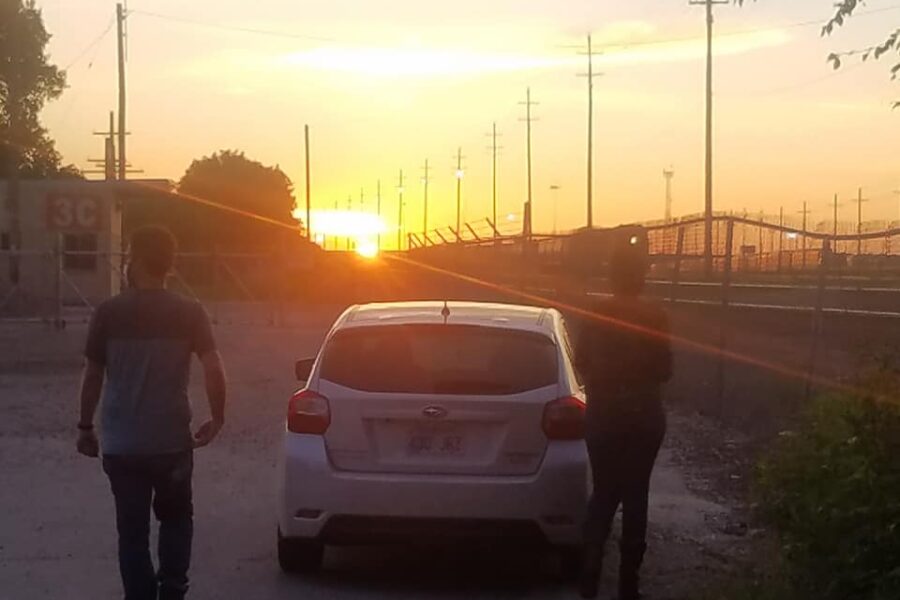 On this day, one of the street outreach team members mentioned they had recently seen a woman familiar to those at the meeting. She had been living unhoused continuously since 1994, sleeping on a steep viaduct under a freeway overpass in an industrial area.

This database, known as a by-name list provides all organizations with the same shared, real-time data, identifying each and every person currently considered “chronically homeless” by-name. Chronic homelessness is long-lasting or recurring homelessness for a community’s most vulnerable neighbors. It is defined by the federal government as impacting people who have experienced homelessness for at least a year — or repeatedly over the last three years — while living with a disability.

This client was well-known to the system, having been admitted to the hospital many times due to her struggles with substance addiction and struggles with mental health. Each time she was hospitalized, however, she would always return to the street afterwards.

Staff would see her occasionally at the drop-in center, where she would stop for food and supplies. “She knows how to navigate the system very well, but she never talked to anybody about housing,” said Marqueia Watson, Executive Director of the Greater Kansas City Coalition to End Homelessness. “I think it had never really been offered to her in a way that she thought would be affirming of her identity or that she could manage. And so she just kind of shunned it, and just got really used to living outside.”

ONCE IN A MILLION OPPORTUNITY

During this particular January case conferencing meeting, a street outreach worker mentioned meeting this woman, concerned about the bad shape she was in. They decided to keep an eye out for her.

Only three weeks later, however, Watson received a call from a new short-term behavioral health facility run by the University of Kansas. The goal of this innovative program is to divert individuals from the emergency department and instead attend to people’s behavioral health in a less restrictive environment than long-term institutional settings. The client was there. The staff at this facility were familiar with this woman and had been trying to engage with her for some time as well.

“I knew how averse this woman was to housing. She really had resigned herself to believing that housing wasn’t something for her or that she deserved or could have.”

“‘They called me and said ‘Can you come meet with her to do an assessment? Because if she leaves, we’re not going to see her again for six months,’” explained Watson. “So I made a bee-line over there and went to do the assessment.”

Knowing this window of opportunity was small, Watson hurried to refer the case to a housing provider, impressing upon them how time-sensitive this was. The provider got the ball rolling quickly, but the woman had opted to be discharged from the facility before anything could proceed.Watson was determined to continue to engage and support her client, asking one of their street doctor teams to let her know if they happened to see the client.

“It was a horrible, wet, snowy day,” Watson explained. “I thought — there’s no way they’re going to find anybody.” Within fifteen minutes, one of the Medical Outreach workers called Watson. “I’ve got her. What do you want to do?”

“It was incredible. It gives me chills thinking about it,” said Watson. “I knew how averse this woman was to housing. She really had resigned herself to believing that housing wasn’t something for her or that she deserved or could have.”

On average, the length of time from someone arriving at a drop-in center to being housed in Kansas City is an average of 60-90 days — sometimes longer. But the community knew it was crucial to act now and act fast to meet this woman where she was. From the initial assessment to her sleeping in her home for the first time was probably about two to three weeks.

Watson did an assessment and asked her if she was interested in housing. “She said she didn’t know how to be housed anymore. She literally had forgotten all her life skills, but wanted to give it a try.” Because they weren’t expecting to locate her again so quickly, the team had to be creative and immediately form a plan to seize this “once in a million opportunity.”

A VICTORY FOR THE COMMUNITY

“On that day it was like every single person in the community rallied to get this woman off the streets, because we knew we had to act fast before we lost sight of her. It was such a victory for the community, and it felt so good to collaborate like that.”

After a call from Watson, Kim Jackson, Housing Location Team Leader for the Supportive Housing Programs at Truman Medical Center, immediately jumped in her car to meet the woman at their drop-in center, which was closed due to the inclement weather. Meanwhile, a street medicine team leader, Jae, helped the client pack up her belongings and drove her to the center, where the team greeted her with lunch, a shower, and a fresh set of clothes. They explained the housing process and informed her that she could move into an apartment that same day, if she was ready.

The team was able to secure her a one-bedroom apartment in a permanent supportive housing complex right on a bus line. At the same time, the Medical Outreach team also mobilized resources to get her a bed, television, and everything she might need to immediately furnish her new home. “On that day it was like every single person in the community rallied to get this woman off the streets, because we knew we had to act fast before we lost sight of her,” Watson marveled. “It was such a victory for the community, and it felt so good to collaborate like that.”

“From the initial assessment to her sleeping in her home for the first time was probably about two to three weeks,” said Watson.

Perhaps it was a matter of good timing, but it was also the resilience and persistence of the entire community wanting to help a neighbor in need, at a time when she was ready to take the next step. As of today, the woman has remained housed for almost a year. She still visits the drop-in center to socialize and access services there, while managing her physical and mental health in recovery with the support of her case manager. Watson knows that the adjustment has been challenging, but that this woman is incredibly resilient. “She really did struggle, but she’s sticking it out.” 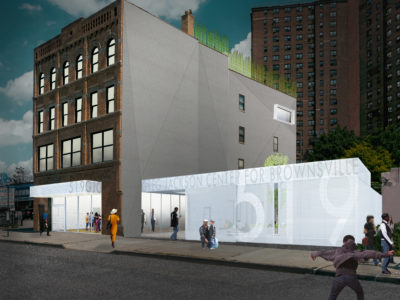 What’s Next in Brownsville 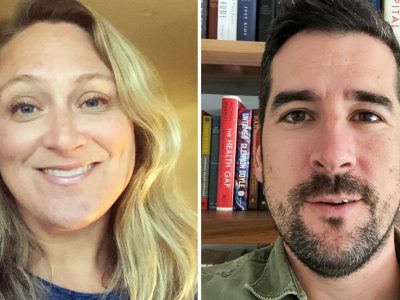 An open letter to Built for Zero communities