How Bakersfield, California, is changing the conversation with the help of its landlords
Anjali Walter   |  November 14, 2018 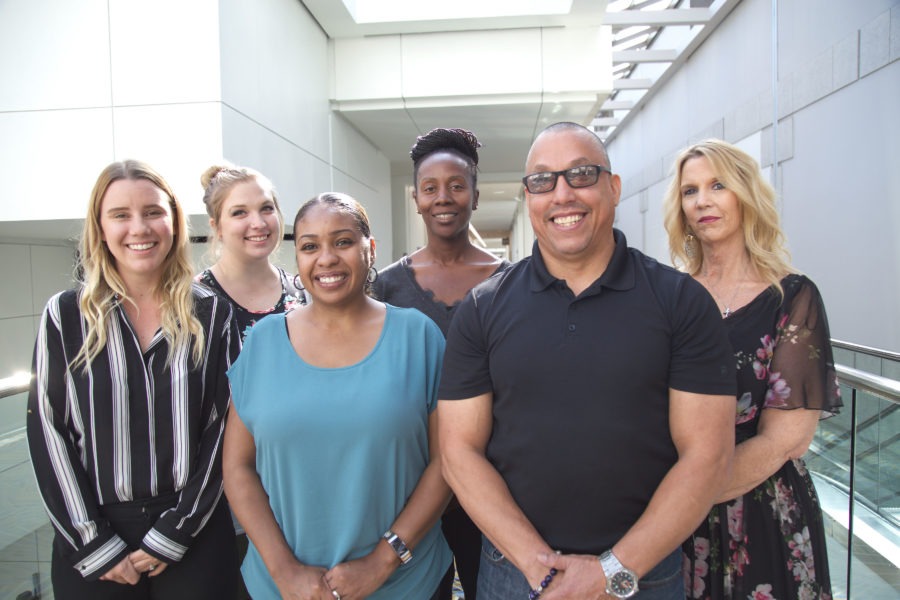 In the Built for Zero Collaborative, we’ve identified a handful of communities that we believe are in the ‘Last Mile’ of ending homelessness for a target population. Bakersfield, California, is one of our Last Mile communities, which has quickly and successfully implemented a multi-pronged strategy aimed at ending chronic homelessness within the next four months. Check out some of their groundbreaking work to build the will with landlords in their community and rally their front-line staff towards this goal!
When a group of local residents went to the Board of Supervisors to demand action in response to the visible increase in unsheltered people in every corner of the county and city, the Kern County Homeless Collaborative held a public conference. It was in the middle of the day and yet there was standing room only. They presented their work to the Board of Supervisors with a 10-year plan based on facts and data that outlined the impact for the community. The negative push back was overwhelming. Respondents lambasted the plan saying they had their head in the clouds and that they were never going to end homelessness. Criticism of their work aside, the Homeless Collaborative team realized the community was becoming increasingly frustrated and emotional with the situation.
Their frustration was understandable. Homelessness was on the rise, with a 9 percent spike from the last year. Business owners were coming to work to find their business fronts vandalized and having to clean trash and human waste off the front of their properties. Community members were eager to contribute financially in exchange for a guaranteed solution to the problem. The Kern County Homeless Collaborative (KCHC) team needed to find an answer to quickly move people off the streets. They needed to be very clear about their needs, their gaps and how to resolve these. They needed to change the narrative.
The team proceeded to set a target. To quickly reduce the number of chronically homeless, they had to determine (based on inflow) how many units they would need committed and by what date. Based on the data they calculated that they needed 50 units committed by Nov 1 which would leave 18 chronically homeless persons on their by name list. Through current inflow and placement rates, they anticipated reaching functional zero for Chronic by Feb 2019.

We have successfully changed the dialog and have educated the community that landlords play a critical role in ending homelessness.  We continue to get landlords calling wanting more information and wanting to help. The number of units will continue to grow over the next several months.  We now have a list of pre-inspected units that will be sent out to providers weekly. These units are prioritized for those who are chronically homeless.”

The next step was to focus on getting buy-in for this goal from their leadership teams and from their front-line staff who would  implement the change. In September they held a conference with their community’s front-line staff. They wanted everyone working to house people to understand the importance of housing the chronically homeless first. They discussed the changes they had made in the last action cycle and where those had led. They also used the Org Code video about “what is your why” and everyone responded with an understanding of where they fit into the plan. At the end everyone left with a sticker that said ‘I’m ending homelessness’. The conference was a huge success. Communicating directly with the front-line staff ensured that they had clear visibility into the barriers or progress of ideas they were trying to implement.
With the work underway, KCHC focused on garnering support and changing public perception. On October 12, the team held a press conference to announce the Home at Last campaign with a community call to action for landlords to commit units to house 60 certified chronically homeless individuals. Each one of these had been matched to a housing intervention and supportive services and had rental assistance in vouchers. All that was needed were housing units to place them into. The press conference showed the board that people cared about this matter. Whether to complain or support, once again there was standing room only. The KCHC team carefully crafted their communications in this effort. In the past they had used words like “trauma” and “human centered” when talking about homelessness allow their message to reach people’s hearts. But that had worked against them as it also triggered an emotional response from people.. This time they chose to present in the manner of a natural disaster press conference, keeping the language neutral,  “Homelessness is absolutely increasing in Kern county” and updating people on what resources were being deployed to make an immediate impact. The result was engagement with a marked absence of emotions. They received valid questions without criticism and increased questions about their strategy.
The following weeks were a whirlwind of talk shows and newspaper articles. The negativity continued with news stations and radio hosts saying cruel things and people responding in equal measure with hateful comments on social media. One radio talk host was particularly negative yet following the show two landlords called and said they wanted to be a part of their program and rent units to them. Large private foundations in the community also reached out to offer help.
The team chose to look on the bright side. The public conversations had given them a clear picture of where their community stood with the issue and they were prepared to craft an appropriate response. On October 16, they launched the first annual Landlord Summit on Homelessness, organized by the Housing Authority and sponsored by United Way, the Income Property Association and the California Apartment Association. Three hundred landlords, property owners and investors registered to spend the day talking about homelessness and learning how they could help. The event was marketed towards those who were not participating in Section 8 or other housing programs. A full day of speakers and  breakout sessions were organized to try to change minds and hearts. Landlords who had accepted vouchers were invited to talk about their experience with the hope of bringing more landlords on board. The closing speaker was a well respected local business owner from the community. His relatable, emotional speech spoke to the humanity of the homelessness issue and called on the community’s ethical obligation to do something about it. The summit closed with a call to action. A picture of a huge key was printed and mounted on a board and cut-outs of tiny houses placed on each table. Those in attendance were asked to commit a unit and come pin it on the board. The goal to have 50 units committed by November 1 was shared with the room. Forty-seven units were committed that day. The following day a landlord who had seen all the coverage on the news called and committed another unit. In the weeks following, landlords continued to call and commit units.
As of November 1, 62 units have been committed. Nineteen have been pre-inspected and are ready to match to clients, 21 are low income public housing units and will be matched through the CES and 27 will be ready for inspection between now and December. Bakersfield is slowly seeing the narrative around homelessness change. Private businesses, partners, community members and medical providers that weren’t previously on board are reaching out. There is a shift into something new that they have not seen before, resources becoming available that they have not had before and a change in mentalities that they have not experienced before. The KCHC has a strong belief that they can reach their goal and their out-of-the-box thinking has won the support of their governing board.
What we are watching for next:
Bakersfield, Chronic homelessness, Last Mile
Share 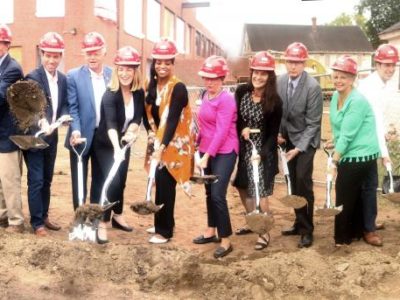 Breaking Ground on the Swift Factory, a food business hub for North Hartford 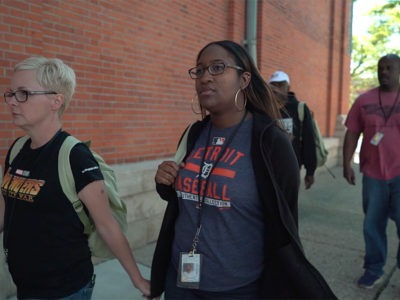