Mayors discuss how they can help their cities solve homelessness

Mayors are uniquely positioned to get their communities working toward the shared goal of measurable reductions in homelessness.
Ann Guo   |  July 27, 2022

Rockford has ended homelessness for both veteran and chronic populations. [Photo: Courtesy Rockford]

An overwhelming majority of mayors feel highly accountable for addressing homelessness, but most feel that homelessness in their communities is outside of their control.

However, mayors are in a unique position to impact their cities’ efforts to reduce homelessness. Their position provides a key opportunity to convene stakeholders and constituents around the singular aim of ending homelessness.

At the recent U.S. Conference of Mayors meeting, a panel of three mayors gathered to speak with Jeff Olivet, the Executive Director for the U.S. Interagency Council on Homelessness, and Rosanne Haggerty, the President of Community Solutions.

“Homelessness is a top-of-mind issue,” Haggerty said. “It’s an issue that many of you feel highly accountable for, but that you don’t have the tools, and the insight, and the data, and the governance structures to make the progress that you need to make, that you’re being held accountable for.”

“Many of you have been leading through the most challenging years this country has faced in a century,” Olivet addressed the group of mayors in the panel room. “And you know, it starts with you. I think it starts with your belief that we can actually solve this and that there are pathways forward.”

The panelists included former Mayor Larry Morrissey from Rockford, Illinois; Mayor Alan Webber from Santa Fe, New Mexico; and Mayor Francis Suarez from Miami. They discussed how they could leverage their position to work across systems, create strategic plans, and provide care for constituents.

Supporting a shared aim around creating measurable reductions in homelessness.

“Governance matters,” stated former Mayor Morrissey to his peers. “These by-name lists mattered and a mayor has a critical role in convening and bringing the team together,”

During his term, Morrissey championed the aim of measurably reducing homelessness populations, insisted on comprehensive, real-time data, and advocated for resources to support progress toward zero. As a result, Rockford has sustained functional zero for both veterans and chronically homeless folks since 2017.

Mayors can often catalyze groundwork for policy level leadership, in collaboration with other electeds. These alignments drive tactical operations in areas such as outreach, Code Enforcement, Emergency, and health care.

“The communities I really see reducing homelessness are the ones where the city government and the county government are in… pretty good lockstep, [and] the non-profits are at the table…” Olivet said. “You have to get everybody at the same place, having the same conversations.”

Mayor Webber spoke on the matter of coordinating his own team in Santa Fe, which has been involved in Built for Zero since 2019. “We had resources,” he shared. “What we didn’t have was alignment and we didn’t have commitment from all of the players… the challenge is finding the way to get everybody at the same table.”

Built for Zero is an initiative of more than 100 communities using systems solutions to drive measurable reductions in homeless populations.

During COVID-19, the city of Santa Fe worked with Community Solutions to better integrate affordable housing units into the homelessness response system. In this way, housing resources could be deployed in sync with demonstrated needs from the community.

Mayor Francis Suarez described the task of ending homelessness as “something that we should aspire to, even if…  it’s impossible or hard to completely eliminate.” Suarez conveyed that striving for functional zero is an important first step, and is committed to challenging himself to hard goals.

“I believe that we will not solve homelessness in the United States unless everybody is at the table pointing in the same direction,” concluded Olivet.

A core aspect of improving homeless systems is the implementation of quality, by-name data on everyone experiencing homelessness. Updated data on local communities allow systems to deliver tailored solutions for individuals and understand the scope of overall reductions in homelessness.

The need for a clear grasp of homelessness was demonstrated when the city of Santa Fe began to survey city residents on the streets. According to Mayor Webber, “the reason Built for Zero works is that you go out and you talk to the people who are on the street and you ask them where they’re from… And we found out that 80% of them are Santa Fe residents. They grew up in Santa Fe, they’re dealing with homelessness and they are pitching tents.”

“The story that they’re not from here, they’re not one of us. The answer is the data proves they are our people and we need to help them.”

During former Mayor Morrissey’s first 10 years of convening meetings on homelessness as mayor, a lot of people in the room would “be pointing at each other or pointing at the entity that’s not in the room as the blame.”

However, with the adoption of a Built for Zero framework for a quality, by-name list, “we were literally pointing at a screen that had a spreadsheet on it, it was all HIPAA-compliant, with names of homeless veterans, with names of the chronically homeless. The conversation changed tremendously,” Morrissey said.

Rockford also initiated a public process for reporting, which encouraged constituent engagement with the aim to end homelessness. Monthly convening kept teams aligned and established a sense of accountability amongst elected officials, including Mayor Morrissey himself.

Without the kind of shareable knowledge “on who’s experiencing homelessness and how it’s moving and changing,” Haggerty shared, “We don’t see anyone making substantial progress. And it’s not simple to build that database, but communities are doing it now.”

As of 2022, over 60 Built for Zero communities have developed quality, by-name lists for one or more homeless populations.

With increased mayoral input driving partnerships across the state, federal, and local level, as well as the development of a by-name database, homelessness is solvable for cities. 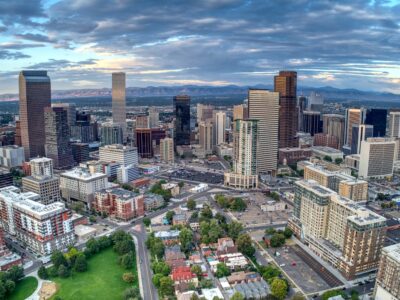 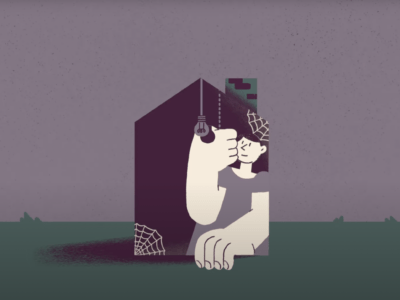 What is Chronic Homelessness? 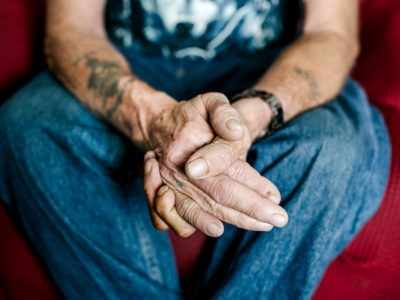