The most extensive survey of Rhode Island’s homeless population to date — with questions ranging from mental health history to whether their daily lives include activities beyond just surviving — aims to figure out not just how many there are, but how they ended up on the streets.

Nearly 400 volunteers will spread out across the state Monday, Tuesday and Wednesday nights to find homeless people and conduct the 60-question survey. Past surveys simply counted those sleeping outside and in emergency shelters, but advocates hope the new effort will help them connect the homeless with the most appropriate services and housing options.

“People look at homelessness and they think it’s a massive, intractable problem,” said Jake Maguire, spokesman for Community Solutions, the national nonprofit that developed the survey. “Intuitively, they think there isn’t a solution. But that’s not true.”

A solution can’t come soon enough for homeless advocates. Seven homeless people have died on the streets so far this year, said Jim Ryczek, executive director of the Rhode Island Coalition for the Homeless.

Rhode Island is among 67 states and communities selected to participate in Zero: 2016, a campaign by Community Solutions to end veteran and chronic homelessness in the next two years.

Last year, about 4,450 people were homeless in Rhode Island, according to state data. Of that total, about 800 were considered chronically homeless and nearly 300 were veterans. 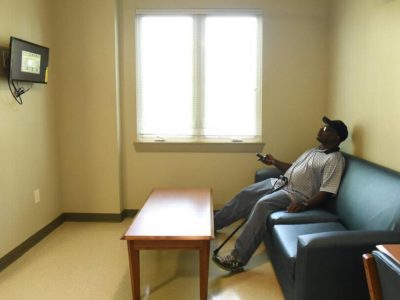